As customer demand for digital production printers continues to climb, manufacturers have been in an arms race, developing machines that can help customers differentiate their offerings and achieve more with less. Today’s digital production presses are designed to be easy to maintain and even easier to use, and deliver fast, affordable, high-quality output using a wide variety of inks and substrates.

In May, Xerox released its latest production model, the Iridesse production press. To celebrate, the company hosted a full day launch with a series of events, including a customer panel with two very interesting entrepreneurs. Glen Robins, owner of the London-based print company IPW1 (and recipient of a pre-launch Iridesse model,) and Jay Mandarino, president and founder of CJ Graphics Inc. (and a proud owner of multiple iGen 5s) fielded questions from Xerox’s VP of Direct Marketing Shelley Sweeney, as well as other customers attending the event.

Robins and Mandarino told the crowd how their respective devices have helped them differentiate themselves in the marketplace with unique offerings, which has helped them land some lucrative accounts.

But first, let’s talk about the goods

The belle of the ball was the Iridesse Digital Production Press. The six-station color machine enables businesses to combine four-color printing and two specialty dry inks, including metallic gold and silver and clear dry inks, in a single pass. The device is the first of its kind, which can help dealers give their customers an edge.

The iGen 5 platform is modular, with 90, 120 and 150 ppm configurations available. The platform’s architecture makes it easy to scale from one speed to another as needs change. The five-station model device can use orange, green and blue quick-dry inks with CMYK to match a wide array of Pantone colors and distinctive brand colors.

So what’d they think?

Robins received his Iridesse beta model in November 2017. He recalled that the machine was modular, could fit through their front door, and took about four days to get up and running. “In my opinion, the capabilities of the Iridesse are amazing,” he said. In particular, Robins was a big fan of the device’s metallic ink capabilities —specifically when he laid gold or silver over black. Robins also said that “the CMYK flat lay-down with solid colors are stunning in comparison with litho — they’re virtually like to like.” Robins said that in his 35 years in the business, he’s never seen a digital press come this close to matching its lithographic counterparts.

Meanwhile, Mandarino, a longtime fan of the iGen series, currently has multiple devices in his shops. “For us, the game-changer was the additional color gamut and the white — the white was unbelievable.” Mandarino said that the exceptional white, even with a single dip, has enabled him to pick more business on its own. He also raved about the device’s ability to match colors. “We just did a piece for Mercedes Benz and they had a particular corporate color that they were trying to get so having that extra color on it is amazing,” said Mandarino.

Both entrepreneurs believe that digital presses will displace their need for lithographic machines. For instance, Robins said his business is split 50-50 between litho and digital devices, but reckons that the Iridesse will impact that share. “There’s a transition of what used to be put on the litho machines that we’re now putting through the Iridesse,” he said. Likewise, Mandarino noted a shift away from litho printing. “We just did a piece with Audi, who historically would never have done anything digitally,” said Mandarino. He praised the iGen 5’s data printing technology, which he leverages to not only input the customer’s name, but also to change which model car would appear on the page.

Likewise, Robins and Mandarino agree that their devices will help them drive new sales. Robins has enlisted the help of a marketing company to roll out a six-month campaign to help them win new business based on the Iridesse’s capabilities. Mandarino also devotes a lot of resources toward spreading the word of iGen 5. In addition to hosting customers for tours and demonstrations of the device, Mandarino’s business works with various ad agencies and created a “lookbook” to show off the iGen 5’s capabilities.

Both the Iridesse and the iGen 5 platform provide businesses with an edge on their competition. They deliver affordable, high-quality output from a device that is easy to use and maintain. 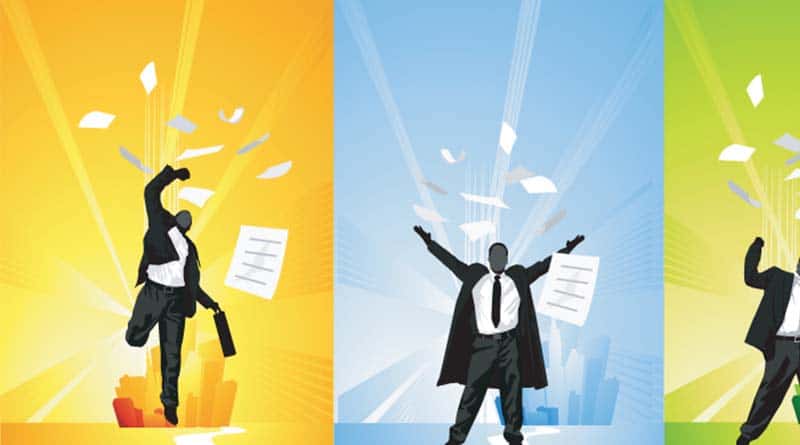 Moving Toward End-to-End CCM Solutions: Creating a Seamless Customer Experience with Communications is More Crucial Than Ever