Print services can be an expensive ordeal. It can cost businesses up to $4,000 a year to deploy and maintain a print server. But the cost is just the tip of the iceberg when you consider how demanding print services can be for the IT department. Sure, they only have to set up the device once, but making sure that everything runs smoothly in a turbulent environment comes with its own set of challenges. Between employee turnover, deploying and retiring new and old devices, managing drivers, constant firmware and software updates, and the discovery of new security threats on what seems like a weekly basis, it takes a lot for IT workers just to make sure everyone can print.

To give you an idea of how complex print services can get, let’s just look at one subsection: managing print drivers. While some manufacturers have “global drivers,” they are only as global as a device’s series or family. You will need separate drivers for different operating systems — and even then, different drivers for 32-bit and 64-bit environments. One major manufacturer’s support page features 31 different driver families. Think of a school district or a healthcare provider’s network that might have dozens of devices from multiple manufacturers that have to interact with a variety of operating systems (it is the age of BYOD, after all). Some poor soul has to spend an untold amount of time every week making sure that a dozen (or more) print drivers are up to date, and that’s just one of his or her responsibilities —there are still print queues to manage, and a server to look after.

To help businesses combat the complicated, costly nature of print services, Microsoft is getting rid of print drivers for good and moving printing to the cloud. Enter Universal Print technology from Microsoft.

Universal Print eliminates the need for customers to deploy and maintain their own print server on premises, as well as printer queue, driver, and firmware management for their fleet. Universal Print also helps businesses modernize their printing environments with features like access control, location-based discovery of available printers for fast and convenient access to print, and full visibility into their print environment through a centralized administration portal. UP delivers the same familiar user interface that Microsoft users have become accustomed to, so there is no need to retrain employees.

When can I start using Universal Print?

Microsoft has been in private preview with select partners, but the company announced the public preview during its July 21-22 Inspire event. That launch includes new functionality that was not available during the private preview.

According to Issa Khoury, Microsoft’s Principal Program Manager Lead on the UP project, Microsoft is working with most, if not all, printer manufacturers to develop UP-enabled devices. Until there are UP-enabled devices on the market, and to work with non-UP devices in the field, Microsoft has the UP Connector. The connector serves as a proxy and enables printers with non-native support to work with the UP service. The UP connector can be hosted on a VM in the cloud or on a local Windows machine, so customers don’t have to hold onto their existing print infrastructure until the print manufacturers catch up.

But having to host a local Windows machine isn’t the best option either since the idea is to move away from the burden of maintaining servers. And, customers have a lot invested in their current multifunction devices or cannot wait until UP-enabled devices come onto the market if they need to replace their aging fleet now.

When you talk to customers about their digital transformation initiatives, cloud printing is a hot topic. They don’t like the high costs or the heavy burden that on-premises print management puts on their IT team. Servers aren’t cheap. Maintaining them isn’t either. And there aren’t enough hours in the day for your IT department to juggle print management with their other critical tasks. To reduce costs and remove the heavy burden from their IT team, customers want cloud-based SaaS print management. They don’t just want to move their print infrastructure to the cloud — they also don’t want to have to manage it.

With Universal Print, Microsoft might be the ones to make on-premises print driver management — and all the cost and inefficiencies that come with it — a thing of the past. 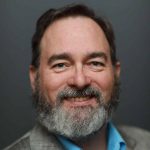 Bruce Leistikow is a Director of Product Marketing at Y Soft. He can be reached at bruce.leistikow@ysoft.com

Bruce Leistikow is a Director of Product Marketing at Y Soft. He can be reached at bruce.leistikow@ysoft.com