The other night, after the power went out in my house, I stumbled through the dark to find my flashlight. It was in the bottom kitchen drawer where it was supposed to be, but the batteries were dead. As I fumbled to find candles and matches, I remembered that I meant to replace the batteries after the last power outage but never got around to it. I thought I was prepared, but I was wrong.

When it comes to digitalization and automation, a lot of organizations are like me: They thought they were prepared but the COVID-19 pandemic revealed they were wrong. The problem isn’t simply that some organizations have failed to digitize, but among those that have, the move to remote work as a result of the pandemic has revealed gaps in their automation. But it’s not all bad news: The realization can be a catalyst for organizations to expand and rethink their automation strategy and processes.

Take, for example, the onboarding of new employees and vendors. Before COVID, a person or company was given a stack of forms to fill out and sign. That now has to be done virtually, so the forms have to be updated to allow for electronic signatures.

For instance, among the onboarding forms will be those related to a company’s code of conduct and sexual harassment policies. Instead of a form, why not have an HR person record a short video that a new hire can watch and sign electronically?

That’s a simple example, but there is potential to use digitalization to improve the workplace and the wider world as a whole. As Suphachai Chearavanont wrote in an opinion piece for the World Economic Forum, “The pandemic is a wake-up call for companies to have a plan to deal with disruptions to ensure business continuity. It is also a watershed moment that will signal the fast-track acceleration process for digitization throughout society.”

In the television show, “Undercover Boss,” CEOs work at their companies in disguise to understand the challenges being faced by employees on the ground. The move to remote work has made a lot of CEOs undercover bosses. They’re now at home along with the rank and file, trying to get work done and running up against the same automation limitations as their staff.

Before the pandemic, I had a lot of discussions with organizations about enhancing their automation processes that followed the same pattern: They were fully on board until I pointed out that we’d have to redesign the thousands of PDFs they put online. So instead of having to type in that I live in Montana, I could check a box, or I could type in my address and the state would automatically be filled in via an application like Google API. That’s the point when the executive would say the process was too hard and the project would be stalled.

Now, CEOs and CIOs are working from home and they need to interact with their business and are wondering why they’re using archaic systems, why they’re still using PDF forms, and why they have to type in the same information a hundred times. They’re talking to their friends and colleagues whose companies are fully digital and realizing their own company’s methods are holding them back.

So the pandemic has resulted in pressure being put on organizations from the top down. Remote work has revealed the gaps in automation for the “undercover bosses” and is accelerating the push to reimagine automation. Because the reality is that the world is never going “back to normal.” There’s going to be a new normal with a hybrid work model. And that means, to quote McKinsey & Company, “the recovery will be digital.”

Chearavanont cites healthcare, telecommunications and agriculture as sectors that can “leverage technology to make a positive impact in society.” He also points to upskilling and retraining as areas where automation can improve people’s lives on an individual level.

These are all lofty and worthy goals. The C-suite can start by asking their IT and PMO specialists, “What should we be doing to help our organization adapt to this new normal?” Because these are the experts who are going to have the solutions; these are the people who are going to know how to fill in those gaps and ensure the organization is prepared for the new normal and the next challenge.

That way, when your organization needs a flashlight, you won’t be fumbling around in the dark.

Workflow Essentials brings you content from WorkflowOTG.com. Looking for more information on workflow, business process optimization and digital transformation? Be sure to check out Workflow magazine and subscribe to Workflow eReport. 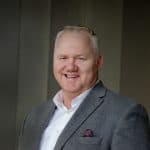 Dan Stoll has been working in IT for over two decades and currently serves as director of technical marketing at Nintex, the world’s leader in Intelligent Process Automation (IPA). He has spent the last 13 years of his career helping organizations turn manual processes into well-run automated ones. Originally from Australia, Stoll relocated to the United States in 2015 after working as the first Nintex Technical Evangelist for the company’s APAC and EMEA regions.

Dan Stoll has been working in IT for over two decades and currently serves as director of technical marketing at Nintex, the world’s leader in Intelligent Process Automation (IPA). He has spent the last 13 years of his career helping organizations turn manual processes into well-run automated ones. Originally from Australia, Stoll relocated to the United States in 2015 after working as the first Nintex Technical Evangelist for the company’s APAC and EMEA regions.