Based out of Visual Edge’s North Canton headquarters, Morrison will provide strategic HR leadership, supporting the company’s national network of office and managed IT solutions companies.

“Visual Edge has grown 500% over the past three years,” says Michael Mills, vice president of administration and chief financial officer for Visual Edge Technology, Inc. “Our focus now is to build an infrastructure with a team of executives, like Morrison, with proven expertise supporting large corporations.

Morrison recently worked in a number of HR management roles, with an emphasis on benefits administration and payroll.  Prior to joining Visual Edge, Morrison spent 19-years at Myers Industries, Inc., a holding company for plastics manufacturing and distribution companies.  She was a key player in several of Myers’ mergers and acquisitions, assisting in due diligence and process standardization.

“I am energized to be joining such a strong, growing company,” says Morrison. “Throughout my career, I have always tried to be the kind of leader that steers the focus away from why we can’t do things to figuring out a way that we can—achieving the priorities that will move the company forward.”

Morrison holds a bachelor of arts degree in English from the University of Mount Union and has earned the Senior Professional in Human Resources (SPHR) certification.  She is currently completing certification as a Certified Employee Benefit Specialist (CEBS). She is also an alumna of the Leadership Development Program at the Center for Creative Leadership in Greensboro, NC.

Morrison resides in Massillon, Ohio with her husband and enjoys camping, hiking and golfing. In her spare time, Morrison is actively involved in the community and recently finished a term as president of the board of trustees for the Domestic Violence Project, Inc., in Canton. 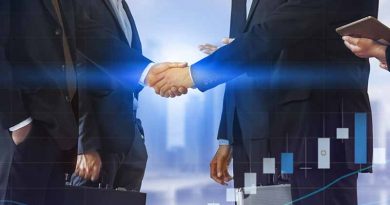 Visual Edge Is Just Warming Up

October 22, 2018
The Imaging Channel
We use cookies to ensure that we give you the best experience on our website. If you continue to use this site we will assume that you are happy with it.Ok