At the end of every year it’s become a tradition to look at where we’ve been, where we’re headed and what some major trends in the channel may mean to our readers and their businesses. Some trends change, some get redefined, some stay exactly the same, and some turn out to be – not trends (remember when 3D printing was the next big thing?) When it came time to narrow down the trends shaping the industry this year, we turned, appropriately, to BPO Research’s Market Trends survey — an annual tracker of office equipment dealers that helps take the pulse of the industry. We gathered together some of the most common themes we heard from dealers, OEMs and others in the industry over the course of the year and ran it up against some of those survey results to get a feel for the challenges and opportunities likely to affect the industry in the next year – with a few sneak peeks at our survey data as a bonus.

According to IDC, by 2024, digital transformation and innovation will directly account for more than half of all IT spending, with DX investment expected to approach $7.4 trillion (yes, trillion with a “t”). It’s both a lucrative opportunity and a major hurdle for those embedded in the traditional print space. But what exactly is it?

No matter how you frame it, it’s something nearly every business is engaging in, and for technology providers and their customers it’s both a challenge and an opportunity — although unfortunately, the former often outweighs the latter. However, it doesn’t need to.

The imaging industry has been helping customers with document output since its inception. As we move to digital that hasn’t really changed; it’s merely the form of the output that has evolved into electronic information that may be emailed, messaged, shared through a customer portal or presented on an interactive display. The input component, however, has become more important — a frequent topic in these pages is how the “multifunction” part of the MFP has become more significant and the role of the input tray is greater. But it’s what goes on in between the input and output that is really the most important to digital transformation.

While those statistics are interesting, they may also be intimidating for smaller organizations, or for the office equipment dealership whose customers consist more of small to midsize business (SMB) than large enterprises. And this is where the idea of digital transformation can get tricky — terms like “AI” and “virtual reality” are sexy, but they aren’t the whole picture. For the SMB, kicking off the digital transformation process can be as simple as implementing Office 365, and cloud-based and as-a-service offerings can help the process along. Getting a foot in the door isn’t necessarily difficult, but taking full advantage of it is another story.

Our survey shows that for the average dealership, nearly 70% of total revenue is hardware, and less than 10% is application software and solutions, leaving a lot of room to push the needle. When it comes to product categories dealers wanted to add, “scanning/capture document management software” was the second most popular category, behind only network security (we’ll get to that). Also high ranking were “scanning/archiving digital capture hardware,” “cloud storage,” and “ECM/workflow automation” — all key pieces of digital transformation. The channel wants digital transformation, and, more importantly, the channel is engaged in digital transformation. With the connected MFP as an on-ramp, the journey is, for most, underway. But that journey is not without hazards. Connected devices, after all, are the key to digital transformation, and the IoT is the backbone of those connected devices. And with the rewards of the IoT come risks — namely the security threats that are nearly a daily part of business today and mark the next critical trend.

Capital One. Quest Diagnostics. ASUS. The city of Baltimore. These are just a few of the headline-grabbing data breaches in 2019 alone, and it’s not getting better. According to Norton, there was a 54% increase in the number of breaches in the first half of 2019 compared to the same period in 2018. Security is big business and big opportunity — it’s why “network security applications” topped the BPO survey results for the product category respondents wanted to add. When asked how important network and system security was to their customers, the majority chose “very important,” with most of the rest selecting “somewhat important” — altogether around 90% of respondents have customers for whom security matters. Also notable is the increase in “very important” responses this year — while last year it was an even split between “very” and “somewhat,” this year the vast majority chose “very.” When it comes to security there is a great deal of opportunity, but also a significant level of responsibility — if you haven’t yet had to deal with some form of data breach or ransomware attack, it is probably just a matter of time.

And being in the managed IT business is no longer a requirement for having concerns about security, as hackers have proven that anything with a network connection is fair game — including those printing devices that are your on-ramp to the digital transformation highway. Most hardware OEMs have made security a key piece of their lineups, with everything from focused advertising campaigns to partnerships with security firms. It’s telling that in the BPO survey, only about half of respondents offer managed IT but nearly three-quarters offer security solutions of some sort, ranging from hard drive encryption solutions to network security, document security and backup/disaster recovery. If you’re not selling, supporting, or making use of security solutions, what are you waiting for? Security may be the one universal concern whether you are a dealer, OEM or end user. Or maybe there is one more.

Some trends come and go, but this one sticks. A quick and dirty count of M&A related news items on both The Imaging Channel and Workflow websites in 2019 yields roughly 80 items, which is a reasonable picture of the landscape and pretty much in line with what we’ve seen over the last couple of years. The transactions run the gamut from surprising (Staples and DEX) to, well, not surprising (any transactions from Flex, Oval, UBEO or Marco) to the ones that make you go “hmm” (Xerox and HP, which we’ll get back to). Averaging more than one transaction a week, if it feels like there’s a lot of M&A action, that’s because there is.

Why? The need to grow and move to the next level is a common reason for an acquisition. With the aforementioned digital transformation and security services in such high demand, smaller dealers that lack the resources to provide those services may seek a buyer. Meanwhile, dealers with more resources may acquire an adjacent business to expand their offerings — about 17% of our survey respondents who offer managed IT said they used the acquisition route to add that solution to their business. Geographical expansion is another driver, and while it used to be attributed more to OEMs, it is now certainly a part of the mega-dealers’ expansion efforts as well.

What else does our survey reveal about M&A? We asked, “are you planning to sell your business in the next three to five years,” and the majority answered “no”— but about 20% would be open to an offer. That’s actually fewer than last year, when nearly 30% said they would be open to an offer — apparently there were a few more respondents open to a good offer last year, and maybe they were one of the 80-ish transactions this year.

We also asked which OEM respondents thought was most likely to be acquired next. Here’s a shocker: HP did not top the list, and in fact, Xerox was the top vote-getter; nearly neck and neck with Toshiba, almost a third of respondents felt Xerox holds the title of “most likely to be acquired.” Last years’ responses were similar, with the only difference being that HP was last on the list – this year a full 6% selected HP as their answer (maybe they’re prescient, maybe they took the survey after the news of Xerox’s acquisition attempt broke). Industry pundits don’t seem inclined to believe that Xerox will actually achieve its acquisition target — at the time of this writing HP has rebuffed Xerox twice, and the two remain in a standoff in which Xerox is threatening a hostile takeover and Carl Icahn doesn’t appear to have plans to back down. What will next year bring? Will we be talking about that time Xerox tried to acquire HP, or will we be talking about financial results for HPX?

While we can’t know for sure how any of these trends will shake out over the coming year, the benefit of research and analysis is that we have a pretty good idea of what will have an impact. These three trends — digital transformation, security and consolidation — are not the entire picture, and there are many other forces shaping the channel. However, it is safe to say that these are three that will continue to exert a strong influence over the channel, and should at the very least not be ignored. At best? They should be monetized, capitalized upon and used to create a solid growth plan for the coming year. 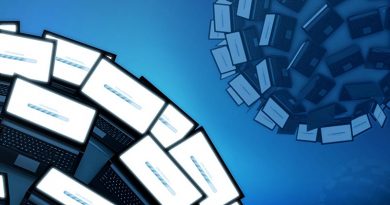 Digital Office 2030: Cloud Plus Edge is a Must 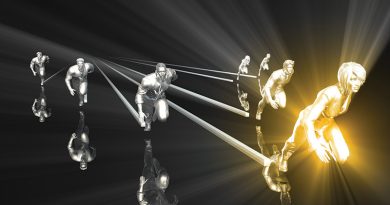 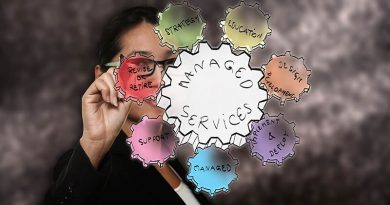 You Want to Sell Managed IT?

You Want to Sell Managed IT?

December 1, 2019
Do NOT follow this link or you will be banned from the site!
We use cookies to ensure that we give you the best experience on our website. If you continue to use this site we will assume that you are happy with it.Ok