We’ve just put the wraps on another Super Bowl, and it’s time for the Monday-morning quarterbacks to chime in on the results. After the events of 2020 and their lingering aftermath, it was refreshing to see some form of “back to normal,” even during abnormal times. Yet within the imaging channel, it’s safe to say that the “normal” the industry is getting back to will not be the same as we envisioned in January 2020. The basic business model surrounding printed pages has been challenged like never before and the urgency to review whether a new playbook is needed for the industry seems greater than ever. Perhaps the introduction of American football’s distinctive forward pass provides some insight on how playbook changes can help an industry survive, grow, and thrive.

Organized American football, based on rugby, took shape in the late 1800s. As a “running game” to move the ball forward, collisions between players led to rising injuries and deaths and talk of the sport being outlawed by 1905. President Theodore Roosevelt asked that the rules of the game be reformed to make it safer. One new rule made the forward pass a legal play to “‘open up the game’ — that is, to provide for the natural elimination of the so-called mass plays and bring about a game in which speed and real skill shall supersede so far as possible mere brute strength and force of weight.” In 1906 the forward pass began to change football’s offensive and defensive playbooks. Yet, it wasn’t until 1939 that pass plays generated 50% or more of the total yards per game; it took until 1947 for the pass to consistently generate 50% or more of the TDs scored in an average game, and until the 1980s for the forward pass to be the play used more than 50% of the time in an average game. The game has never looked back and by 2019 those percentages rose to 68%, 57%, and 64% respectively. The forward pass was an innovation introduced to make the game safer and save the sport. Over time it evolved to ultimately define the modern game itself.

How does this all relate to the imaging channel? Similar to what football faced in 1905, the imaging channel faced a defining moment in 2020 that challenged whether it could survive in its present state. The difference is that football itself changed the rules to survive, while the imaging channel found itself in the midst of new rules created by forces outside its control. The similarity of the situations is that once new rules are understood, playbooks add innovative new actions that, over time, evolve to give more productive results than the “old ways,” ultimately redefining the game itself.

The new rules that 2020 introduced into the imaging channel’s playing field are centered around two things:

The rule changes of 2020 altered the pattern of how work in an enterprise is done, moving it from employees based in a defined office setting to those working from home. The acceleration of digital transformation in collaboration and business process workflows significantly diminished office printing. The new rules fully exposed the long-known risks of the traditional office print/MFP/copier hardware and printed page business model. There’s no going back. This is the new normal. Just as football teams adjusted their playbooks to the 1906 forward pass rules change, the imaging channel must adapt to the new rules of the market and adjust their playbooks.

What does the new playbook look like for the imaging channel? Just as the game of football has come to rely less on the run play it was conceived upon, the new imaging channel playbook needs to rely less on the printed page model. Print doesn’t disappear (in football even the old-fashioned run is still used), but new plays employed to meet customers’ needs around information capture, distribution, security, digital workflow optimization, and so much more will need to become bigger contributors to revenue and profit. New models of selling, compensation, distribution, billing, and customer support are going to be required. In a recent article, Mike Stramaglio noted, “The next generation of dealers won’t be solely defined by the products they sell. They will also be defined by how they determine what to sell, and how products get into the hands of their customers.”

Some of the new playbook pages describing those new models have only just begun to be written while most of the pages are still blank. Will successful plays be created around seat-based billing? Are flat rate all-inclusive subscriptions an answer? Are fractional shared savings (or profit) based on managing a customer’s specific expenses (or processes) a possibility? Should a dealer specialize in a vertical market or process? There are thousands of possibilities, yet no specific answers – yet. What is clear is that the old playbook will not deliver what is needed.

Andi Owne, CEO of office furniture company Herman Miller (another industry that had to pivot in the face of the pandemic), says, “When you rely on a playbook that was successful in the past, and you don’t understand where your customer is going, it’s a prescription for disaster.” The strength of the imaging channel has always been its strong customer relationships, dealers’ passionate focus on understanding what their customers want to accomplish by using the dealer’s services, and the channel’s adaptability to change. Customer focus groups can uncover new opportunities and shed light on what they expect in a dealer’s new playbook. One thing is certain: just as football, faced with new rules, adjusted its playbooks and made the game safer and more exciting, most in the imaging channel will reform their playbooks based on the new rules established over the past year keeping themselves relevant and exciting to their customers. We can’t wait to read the next pages of those playbooks. 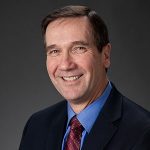