There was a brief period of time a few years back when it seemed that live events might be replaced. Virtual meetings, webinars, podcasts — everything about the virtual office felt like it might transfer over to meetings and conferences, rendering the need to interact in person obsolete. But that didn’t happen — and for good reason.

The BTA Spring Break event in New Orleans, March 14-16, was a great example of that reason — the benefits of in-person conversations can’t be supplanted by any other kind of interaction. The planned agenda, presentations and scheduled events were all good, but it was the impromptu conversations and interactions that led to the real takeaways from the event. James Foxall, president and CEO of breakfast sponsor Tigerpaw, speaks to attendees who are very grateful for the coffee.

The one-and-a-half-day event provided a lot of opportunity for those interactions, with each presentation separated by at least 45 minutes of exhibit time in addition to evening receptions and events, breakfasts and lunch. So with all that face-to-face time, what were some of the key takeaways? Speaking for myself, here are some of the highlights:

Managed network services. If I had a nickel for every time I heard “MNS” at this event I could buy a Hurricane (hey, those things are expensive!) Dealers seem to love it and hate it and need it and want nothing to do with it and have been doing it for years or have tried it and given it up or are looking into adding it. It’s not surprising that it’s a hot topic; we have been talking about the convergence of MPS and MNS/managed services/managed IT for many years, but it seemed we were talking about it a lot more than usual over these couple of days. Is it the current spate of acquisitions in the space that is fueling it, or is it the need to expand beyond print combined with the essentially ubiquitous need among business for IT services? Is it the conversation around seat-based billing, which is a natural offshoot of MNS? There are numerous contributing factors, I suppose, but regardless of what they are, it is a central part of the conversation. “If you’re not moving toward MNS and you want to be in business in 30 years — you need to be,” said one dealer during a panel discussion.

Verticals. Healthcare, government, legal, logistics, education — you name it, it has specialized needs. Understanding those needs is one thing, but really getting granular in knowing exactly how to serve them — and thereby sell to them — is another. That’s one reason I enjoyed Kate Kingston’s presentation that took a deep dive into law firms. “Granular” is almost not an accurate enough word to describe some of the tips she offered — she had some incredibly in-depth ideas on making the pitch to this highly specialized area.

And once again, the conversations we had outside of the presentations were just as insightful. Verticals really are the lifeblood of so many businesses, and dealers have spent a lot of time figuring out ways to do it really, really well. One good tip I heard was to have a “wear a specific vertical hat” day. It’s hard to get yourself into too many different mindsets — if you bounce from, say, legal to retail to government in the course of a day, you’re never going to truly get your head in the right place. Have a day devoted to legal, another devoted to government. It’s pretty logical if you think about it, and a good tip for any sort of project.

Sales styles. They vary. A lot. There are as many schools of thought around sales as there are salespeople. Between the keynotes and the presentations and the panels, there were many, many different sales tips being tossed around — and they were all probably good ones, depending on who you are and what your style is. A tip that garnered an eye roll from one person received an “oh, nice one” from another — and vice versa. Diverse styles make the world go ‘round.

Fun. It is important. Let’s be honest — half the reason people like going to BTA meetings is the social aspect. BTA has some fun events in some fun cities, and New Orleans probably tops the list on both counts. From marching in a second line parade complete with a jazz band and police escort, to the live music, to the drinks in the French Quarter, it was hard to NOT have a good time. Now, if you’re trying to sell this to your boss, you may want to cut it off before that last paragraph. But maybe not. Because as we all know, some of the best networking happens at the bar, and some of the best connections happen after hours. So really, it’s all one big package and all part of the experience. I’ve said in the past what a big fan I am of BTA events, and I’m sticking to that. In fact, it’s nice to be able to say, “I learned a lot at Spring Break” and mean it in a way that won’t get me in trouble.

Best Practices for MSPs in 2015 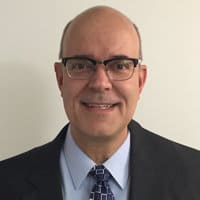 Moving Toward End-to-End CCM Solutions: Creating a Seamless Customer Experience with Communications is More Crucial Than Ever

The Importance of Social Responsibility

The Apple Watch and Printing: What? No AirPrint?

Modern MPS: Are You Tracking Machines or Users?