One of our favorite parlor games at BPO Media is discussing the aggressive moves HP has been making in the channel and speculating on the success of those efforts. The latest earnings report left little to the imagination with printing net revenue up a whopping 11 percent. HP has positioned their A3 PageWide devices as game changers and they have been available in the channel now for over a year, so it was the perfect time to be able to speak with HP Vice President & GM Grad Rosenbaum. Join me in the SpeakEasy.

What are you most excited about right now?

We’re very excited about how things are starting to ramp up right now in the BTA channel. It’s not an easy market to crack and, as you know, it is not the first time we have tried, but we’re really starting to get traction. We’re seeing the value proposition start to take hold for HP. We’ve got a ton of focus and a lot of investment in the channel and we’re seeing people really embrace our PageWide Color MFP technology. As partners have become more familiar with the technology, and since we released the external finisher, growth rates are accelerating. So that’s number one.

Number two is our smart device services (SDS). We’re seeing the SDS use cases take hold with a number of resellers who have deployed it and they’re starting to see the initial 15 to 25 percent services cost savings materialize. Partners saw the potential in our presentations, but now they are seeing it for real in their own operations. That’s exciting.

Third is security. It took our own HP team a little while to get comfortable telling that story. Similarly, it takes time for the channel to internalize it as well, but it’s starting to take off. Resellers have the opportunity to lean in and talk about HP and security with their accounts.

Those are our three primary value propositions around “Why HP?” so I’m excited to see those taking shape.

We have examples now where we’ve become the sole line or No. 1 line for partners. That’s a breakthrough. Those are really encouraging signs that tell me we’re making headway. We’ve got a lot of big deal velocity as well, which is exciting. Those are indicators leading us to expect that we should be seeing some bigger deals with some of these resellers.

Here at BPO Research we’ve been watching the PageWide placements, and the data indicates that it is going very well in Europe and Latin America, but it looks a bit slower here in the United States. It seems that some of the dealers embraced it completely and went full steam ahead, but others took on the line with a “wait and see” attitude — watching how things developed and how HP was setting up their infrastructure and supporting the dealers, and evaluating how this is all going to play out. Do you feel that phase is now over, and the dealers are going in with both feet, or do you still see some hesitancy in the U.S. specifically?

Let’s go back to where you started. Europe and Latin America are definitely accelerating PageWide placements, even outselling our LaserJet A3 offering in those markets. Those same markets got faster traction with PageWide A4 when it launched as well, so it’s not totally a surprise.

Some partners have positioned PageWide as a tool to break into new accounts and unseat someone by leveraging the color cost savings.  For others, they’ve wholly embraced PageWide and are using it for new logo wins and to drive mono device refreshes to color. I think it’s one of those products that as more and more resellers lean in, know where to position and sell it – the more success they’ll have with it.

In terms of engine reliability, we’re excited about the potential of PageWide to improve service margins. In fact, the service teams are proving to be a big advocate for PageWide with some partners.

Let’s talk a little about your Smart Device Services (SDS) program. I have always felt that SDS might end up being the biggest disruptor of all, and so I’ve been waiting for some of these use cases to come out to see what the data looks like. You’ve mentioned that there are some dealers utilizing the program now and they are starting to see the results. How are you going to package that information up and disseminate it out so that people really understand the power of this program?

The timing is right now in my mind because it took us longer than expected to get SDS integrated with the common North American DCA tools, but now we are enabled for most of the North American partners.

HP now has over 50,000 partner devices communicating real-time with SDS from 260 partners worldwide. We’re adding more partners and thousands of new devices every week. HP has teams of technical resources going on-site to help partners get their DCA tools updated and start using SDS successfully, particularly on their large MIF of HP A4 devices.

Partners are reporting savings at or beyond our predicted 15-25 percent. Partners are observing up to 40 percent fewer service trips to HP devices by using remote remediation. Better remote diagnosis and real-time, on-site remote training are enabling up to 95 percent first-time fix rates — a 10 percent or more improvement. They’re using SDS to remove the toner-low alerts from the front panel of older HP A4 devices, preventing early toner replacements. And for those partners using SDS to monitor HP devices real-time, they are reducing customer calls to their help desk by up to 70 percent. So, the value proposition of SDS is proving as powerful as we’d hoped.

But we’re learning SDS success is about change management with partners. SDS success requires a service process change to use the tool before dispatching the technician to the customer site. HP is helping that change management with best practices, checklists and benchmark metrics from successful partners worldwide to help drive partners up the SDS learning curve quickly.

I could give you all kinds of stats about the kinds of customer-focused joint HP/partner security events we’re having, the overwhelming participation in them, and that 80 percent of the attendees are asking for an immediate follow-up. That all is good for me, in terms of building awareness, getting on the radar screen, impressing upon people about how important security is.

But for me, what is most compelling is that I’m getting messages back from our HP account executives. They’re working with our new BTA channel partners who are describing sales scenarios where the partner didn’t initially intend to lead with HP, but then the customer conversation led to security, and that opened the door for HP. We’re then able to help peel it back and get into a more detailed security conversation with the customer. In this way, security is quickly leading to a change in the partner’s strategy around which vendor’s devices they will lead with.

HP has been doing “Rolling Thunder” training events at partners around the country, teaching them about HP’s security, PageWide, and SDS value propositions. For sales teams calling on larger accounts, we created a security sales and technical certification program that enables partners to do for-fee security audits of customers and present them with suggested actions to improve their print security.

Probably the best example of this certification success was with an HP partner in the in the Northwest. Just weeks after attending HP’s security certification, a customer approached them about a breach of their network security. The ransomware attack shut the customer down for a week and they estimated over a million-dollar impact. The HP partner had this customer on their target list for a while, but had been unable to find a way in. The partner was able to recommend a secure HP solution for a sizable number of A3 and A4 devices, plus sell HP’s security monitoring tools to help the customer monitor their print security moving forward. It was their highest gross margin deal for the year. What’s better is the partner had the customer share their story with a regional bank in the area, and that led to winning a second, even bigger HP deal. To me, that shows HP has a compelling security story for our partners.

We have very ambitious goals. We haven’t been very secretive about it, so my concern is about staying on that trajectory. We’ve seen some solid growth and share gains. Our sell-through is up significantly quarter over quarter. We’re getting a huge halo effect of new A3 sell-through with large amounts of A4 growth, north of 100 percent. So that’s really good. I think I worry about keeping that rocket ship going up and at the correct curve.

There’s just so much momentum now. Are we going to continue to grow? Absolutely. It’s about staying on that kind of curve, though. You saw our earnings announcement where print was up another 11 percent. We’re bucking almost every other print supplier’s growth numbers right now, but if I took a step back from HP and our growth, what keeps any of us in the print industry up at night is the declining page volume per-device, per-user statistics. It is a concern for all of us and we have a huge focus on this at HP, making sure print stays relevant.  HP will be announcing some new solutions this spring to help reverse this trend. Stay tuned.

Do you worry at all about the M&A activity going on with the independent dealers?

Yes, definitely. I think it’s sort of a natural progression. It’s not a surprise. We’re keeping a close eye on it. The appetite from PE firms right now is through the roof. There are some very, very large players being created. They can reach a level of efficiency and buying power that is impressive.  But it also is helping HP penetrate the channel faster because there are fewer doors to open, and once we get traction in those larger partners, we can scale more quickly. 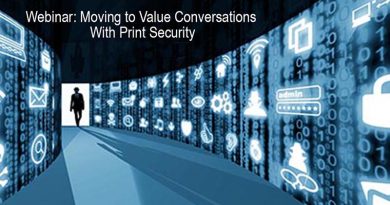 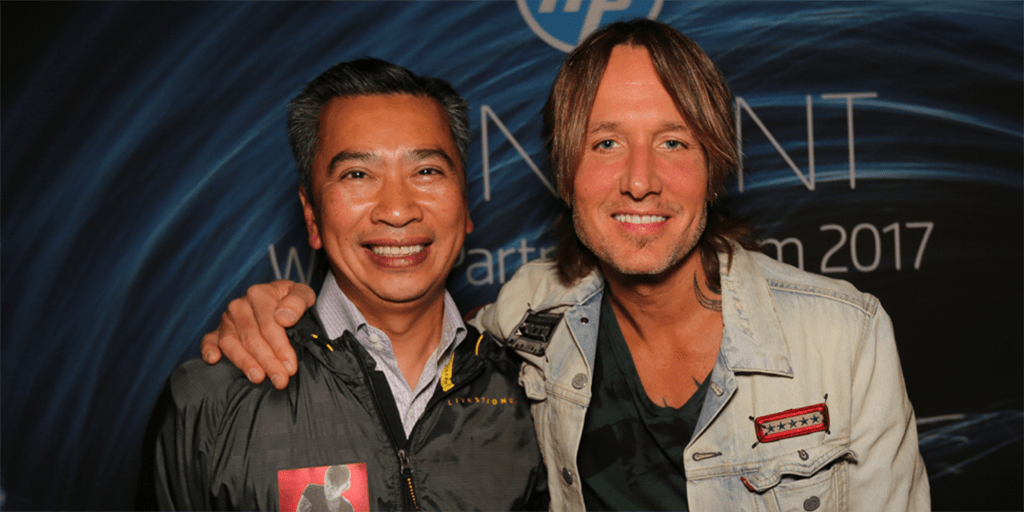 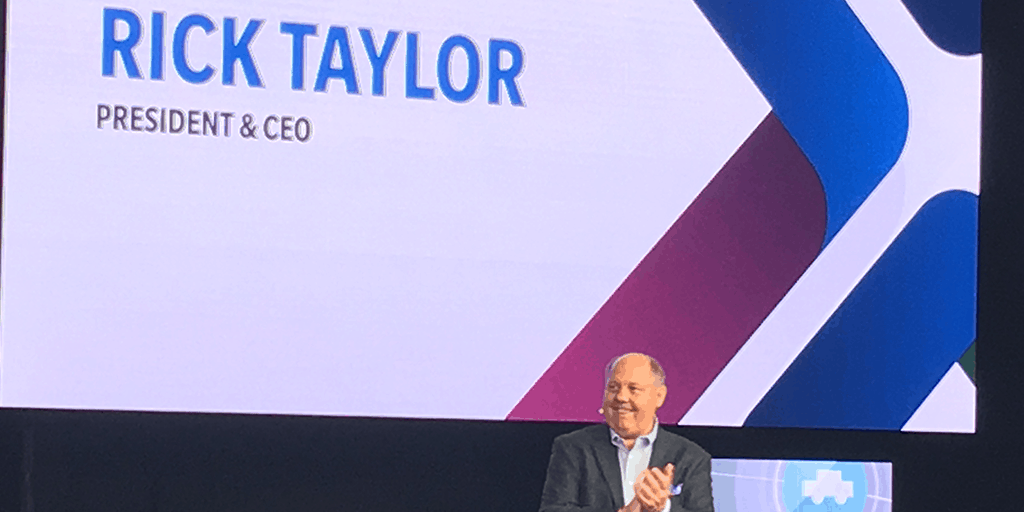 Speakeasy: IT From the Outside — Q&A With Mona Abutaleb