As the world is slowly and hesitantly exploring the idea of live events again, one group that has gone forward in 2021 is ConnectWise. The Florida-based organization is continuing on with its series of IT Nation events – after holding Secure in Orlando in June and Explore in July, it returned with its largest event, IT Nation Connect, Nov. 10-12. 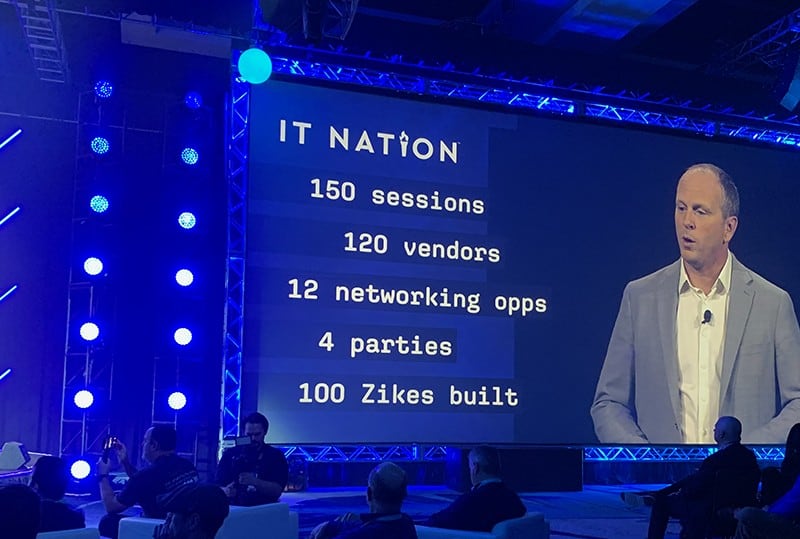 Roughly 2,700 were in attendance live at the event, said Chief Customer Officer Craig Fulton during the keynote. Having switched, like so many, to virtual events during 2020, ConnectWise continues to have a virtual conference option as well, which seemed well attended and interactive – at the sessions we attended, several questions came in from virtual attendees.

ConnectWise, as it has done in the past, took advantage of the IT Nation stage to announce major developments in its product lineup. The highlight was the introduction of Asio, a “modern and unified platform that provides infinite scalability, intelligent automation, and value-added reporting and insights,” per the press release. Asio is designed for rapid innovation, with open APIs allowing for extensibility and flexibility. 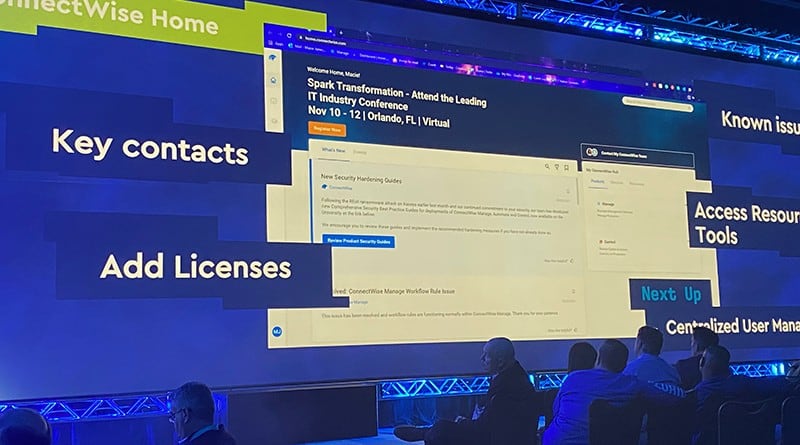 Asio serves as the platform for what may have been the most talked-about announcement, ConnectWise RMM. Intended as the next generation of the company’s flagship Automate product, the announcement created some consternation amongst Automate devotees. We attended a panel session dedicated to the new RMM product, where naturally, the first question was whether ConnectWise planned to sunset Automate and force users onto ConnectWise RMM (they don’t). While, obviously, the hope is to eventually have most customers on RMM, the choice, said the ConnectWise team, is theirs. 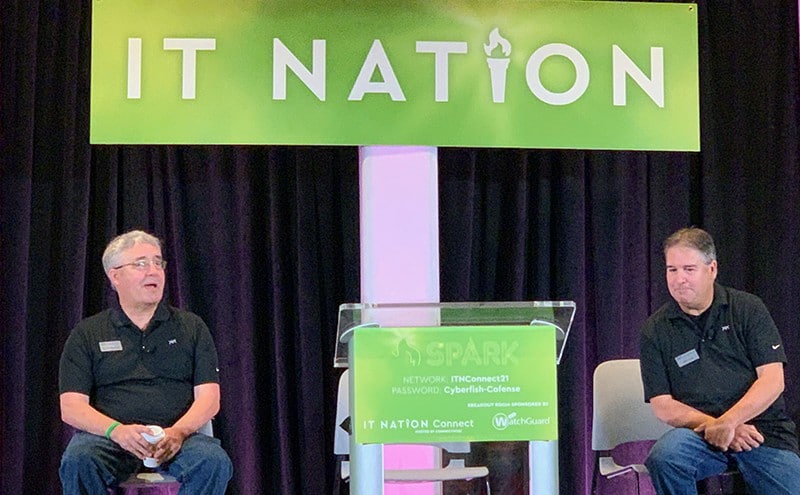 Chief Product Officer Jeff Bishop reiterated this when we spoke to him later in the day. “Automate has almost a cultlike following,” he laughed. But he noted that what customers like best about Automate is its customizable nature – that they can go in and make it their own. That, he notes, is pretty much the basis of the Asio platform and RMM product.

Around the time Thoma Bravo acquired ConnectWise, he said, “I kept hearing over and over again that, ‘hey, we want to see you go faster and really innovate this thing.’” There was a need for more scalability than was possible with the existing platform – that what was being demanded of the product was more than it was capable of in its current state. Bishop said it would have needed to be torn down to its foundation and rebuilt, “and if we do that we’re not going to rebuild it the same way — we’re going to learn from mistakes and things we should have done better.” And then, just a few months after the Thoma Bravo acquisition, ConnectWise acquired Continuum – which had spent multiple years and millions of dollars building a new modern architecture that Bishop calls “fantastic,” and which became Asio.

ConnectWise RMM was built on the Asio platform, as are several ConnectWise product offerings, including Recover Complete BDR, launched at IT Nation Secure in June.

The security component of RMM is a critical one. Security is a major focus for IT right now, and ConnectWise has further magnified its emphasis. “It’s just blown up, the amount of time and money you need to put into tools like RMM where remote controls are extremely powerful,” said Bishop. “We have to make sure those things are safe and secure.”

It’s not just that the need for security has grown, although it has. Awareness, however, has exploded. “Three years ago, it was like – you’ve got passwords, right? Now I’m having conversations about zero trust and how that should work. It’s great. The industry is becoming more educated, and by doing so they’re pushing us to be better.”

Bishop’s take coincides with what we’ve seen and heard from many in the office equipment industry recently, and certainly, the presence of a number of large dealers at what had been a traditionally IT-channel-centric event indicates the increasing awareness of and interest in IT services in general, and understanding of the need for security solutions in particular. As we head into 2022 the market changes experienced over the last couple of years will continue to intensify, and the convergence between the imaging and IT worlds is likely to continue — and events like IT Nation will be worth keeping on the radar. 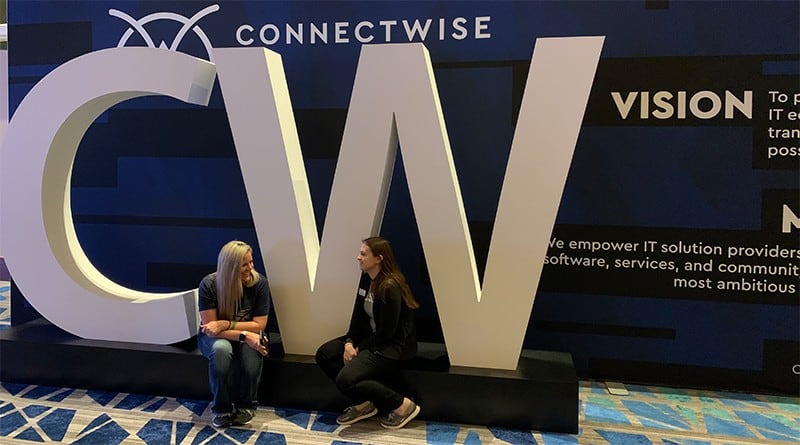