Ricoh noted that, for the period ending Dec. 31, the Office Service segment (which includes software, services and solutions related to document PC servers and network equipment) continued to show growth in the document and IT services areas. Ricoh also noted that Office Printing was down by almost 5 percent for the same nine-month period compared to last year. Ricoh explained, as they did in the second quarter, that decreases in office printing were due to “refining of business meetings based on the profit-oriented marketing strategy and inventory adjustment before launching new products.” Ricoh’s overall gross profit decrease was blamed mainly on a “sales decrease in the office printing segment and the change of past consolidated subsidiaries related to semiconductor logistic to equity affiliates and exclusion of Ricoh India limited from the scope of consolidation.” SG&A decreased by 7 percent as compared to the corresponding nine-month period of FY2017, which Ricoh said was the result of structural reforms. Operating profit expansion was due to growth businesses and the decrease of SG&A costs due to the structural reforms and the focus on profit-oriented marketing strategy.

Regionally, Ricoh reported that the Domestic region (Japan) has shown a 1.5 percent growth in revenue for the nine months ending Dec. 31, 2018, and is 39.5 percent of total Ricoh revenue YTD. The Americas region, contributing 28.2 percent of YTD Ricoh revenue, is down 2.7 percent from the previous period of FY2017. The EMEA region, down 2.1 percent, contributed 22.9 percent of Ricoh’s YTD revenue. The “Other” region made up 9.4 percent of YTD revenue and is down 10.4 percent from the same period as last fiscal year.

Making up 54 percent of total YTD Ricoh revenue, this segment had a 3Q FY2018 revenue decline of 6.6 percent over the same quarter of FY2017, ending the first nine months of FY2018 at 4.7 percent below the same period last year.  Operating profit for the quarter was down 12.8 percent over the same quarter as 2017, with operating profit for the nine-month period beginning April 1 up 1.9 percent. Ricoh cited the effects of the structural reforms they have put in place, reducing SG&A expense, for the increase in operating profit.

Ricoh reported that sales in this segment increased by 11.3 percent for 3Q FY2018 versus 3Q FY2017 and stand at a 9.8 percent increase for YTD (nine months ending Dec. 31). Office Services represent 23 percent of Ricoh’s total YTD revenue since April 1. Sales increases of business process solutions and IT services in Japan and The Americas were the main contributors to this increase, said Ricoh. In operating profit, this segment has returned $85 million YTD, a $112 million improvement from the operating loss experienced in the first nine months of FY2017.

Commercial Printing segment showed a 3.0 percent sales revenue increase to in 3Q FY2018, compared to the same period of FY2017. Operating profit for the quarter was up 5.8 percent over 3Q FY2017. For the nine-month YTD revenue, this segment is at a 1.9 percent decrease from the same period FY2017 and an increase in operating profit of 1.2 percent. Ricoh noted the contribution of new product sales launched at the end of the last fiscal year as the reason for the third quarter revenue growth.

Industrial Printing, Thermal Media and Other

Industrial Printing has a YTD revenue gain of 3.9 percent but has experienced an operating loss of $30 million, $10 million more than the loss for the same period in FY2017. Ricoh blamed this loss on sluggish sales of inkjet heads in China due to the continuing trade friction between China and the U.S. as well as increased expense from initial investments.

Thermal Media reported a nine-month YTD revenue gain of 9.3 percent over the comparable period of FY2017. YTD operating profit for this segment is positive but down 43.1 percent from the same period of last year.  Ricoh said that while sales in both the domestic and overseas markets remain solid, operating expenses of this segment increased “due to the sharp rise in prices of raw materials.”

Electronic components, 3D printing, Healthcare, and Financial Services are some of the businesses included in the Other segment. This segment reported a 14.4 percent decline in sales for the first nine months of FY2018 but a 199.1 percent increase in operating profit. Ricoh explained this by saying “sales decreased in accordance with the change of past consolidated subsidiaries related to semiconductor and logistic to equity affiliates.” A gain on the sale of Ricoh Logistics System Co., Ltd shares was also recognized for this profit increase.

Ricoh once again has created operating profit out of lack of revenue growth. Their initiatives in focusing on profitable sales practices and making structural changes to reduce expenses are clearly meeting their profit growth goals, the most important of which is to move forward from the operating losses they suffered through last year. However, as we questioned in their last quarterly report, how sustainable is profit growth with a lack of revenue growth?

Ricoh is not standing still in the Office Printing, Office Service and Commercial Print areas, however. These areas stand for 90 percent ($11.6 billion) of all Ricoh FY2018 YTD product segment revenue (not including eliminations and corporate) and 92 percent ($1.1 billion) of FY2018 YTD  product segment operating profit  (not including eliminations and corporate). With sales of the new Pro C7200, C9200 and VC70000 models seeming to now contribute to 3Q sales revenue in Commercial Print, Ricoh expects that segment to continue to contribute and grow revenue and profit. Ricoh also began to introduce new Office Printing models of the IM C series in January. These new Office Printing models offer the new Ricoh Always Current Technology that provides “regular updates to firmware and other applications available on demand, and as needed.” The new models will also make it easy for businesses to take advantage of Ricoh’s Cloud Workflow Solutions through subscription-based services and connectors to create streamlined workflows and business processes. These subscription-based solutions should add to Ricoh’s continued growth in Office Services and are critical to setting up the annuity revenue and profit streams of the future.

Ricoh’s pursuit and achievement of profitability are commendable. The focus on profitable sales, structural changes, and expense reduction has borne fruit. Now revenues need to begin to grow to ensure long term stability of this newfound profitability. 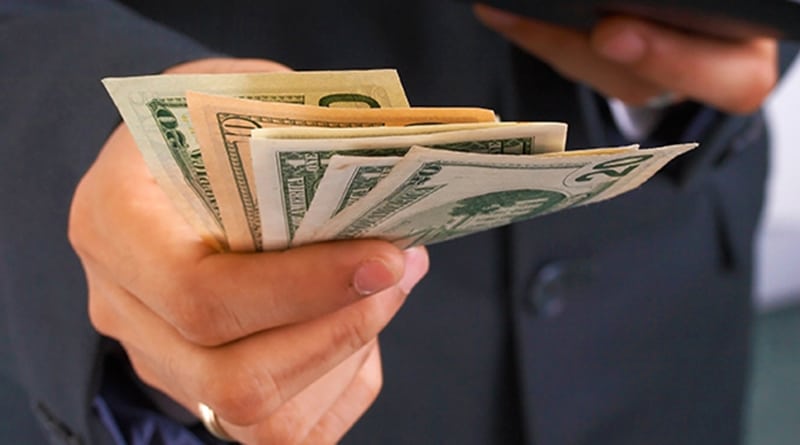