On March 4, Workhuman published the results of a survey of 2,613 full-time workers in the United States, which showed that only one-third of people in the country currently worked remotely. Oh, what a difference a week or two made. Hard numbers are difficult to come by in a period of rapid change, but there is no doubt that the count of remote workers is growing exponentially as a result of the COVID-19 pandemic. A good indicator, though, is this data from Learnbonds.com that showed downloads for video conferencing platform Zoom increased 1,270% between February 22 and March 22, with a total of more than 17 million downloads – and that’s just data from iOS and Android apps, not including desktop numbers.

What does that mean for the office equipment industry? Well, let’s face it, it probably doesn’t mean a spike in A3 placements and supplies, and it does mean that even the least traditional dealers are going to need to pivot a bit. But there are still opportunities in this strange new world.

Laptops and other personal computing devices

If laptop computers are part of your product line, boy are you in luck. As of mid-March, U.S. companies were scrambling to outfit employees with the necessary tools to allow them to work from home. Despite (or perhaps because of) the growth of the tablet market and the popularity of laptops, many office workers use desktop PCs as their primary devices, leaving IT departments looking for laptops for newly remote workers. Alternatively, many departments were encrypting and provisioning desktops to be used remotely.

In February, IDC released its Personal Computing Devices Market Share forecast, projecting overall Personal Computing Device (PCD, which includes PCs and tablets) shipments to decline at a CAGR of -2.4% over the next three years. Could that projection change at all based on current demand? At least in the short term, it seems the trend could be reversed; NPD’s U.S. B2B Distributor and Reseller Tracking data showed a 30% year-over-year increase in notebook sales in the last week of February and a 50% increase in the first two weeks of March. Dealerships with PC offerings certainly have a window of opportunity.

A number of offices are also struggling with keeping the phone lines staffed. While many workers either use their personal phones for work or have a company-supplied cell phone, there remain many businesses running on traditional phone systems trying to seamlessly forward customer calls to their employees’ mobile phone lines — with varying degrees of success. One thing that is inevitably lost in that type of solution, however, is the company branding. Calls forwarded to a cell phone and not answered by the employee reach that user’s voicemail and not the company’s. Meanwhile, outgoing calls also display either the user’s number or some variation of “no number” – not the company name, which is not ideal.

Unified communications is another adjacency many dealers have gotten into recently, and it’s one that, like computer systems, will be in demand for a remote workforce. A voice over IP (VoIP) phone system allows workers to plug a provisioned phone into any network outlet, be reachable at the same number they’ve used in the office (and have that display on outgoing calls) and have unanswered calls roll to the company voicemail. And for a group of employees used to simply dialing an extension to reach each other, generally, that doesn’t change, allowing for some measure of consistency. Many phone systems also have smartphone apps or web clients, allowing the office extension to be used without an actual physical phone attached. It’s a solution that’s invaluable for consistent customer communication.

Remember a couple of months ago when the hottest topic in the industry was digital transformation? It’s been pushed down the list at the moment, but it’s still a priority, and when everyone is done merely figuring out how to function again, there will still be the need to scan and store documents in the cloud, in ECM systems, and in any central repository for access by coworkers, wherever they may be.

There is currently a “lifehack” going around the internet about the ability to scan directly from the iPhone’s camera. Yes, you can do this — you can also scan from any number of apps available on the Apple or Android app stores. But if you need to scan more than a couple of pages a week, that’s going to get really old really quickly. Employees can no longer run to the MFP in the hallway to scan paperwork, and for workers whose jobs involve scanning documents, a small standalone ADF scanner can allow them to continue to do their jobs effectively and efficiently. Many things have been disrupted by the COVID-19 pandemic, but digital transformation efforts don’t need to be.

A4 laser and inkjet printers and MFPs

Were you wondering if print devices would be included in this list? We’ve all heard “remote employees don’t print,” which is an overgeneralization under normal circumstances — they are usually just less likely to print than office workers if it isn’t absolutely necessary. But right now many of the employees working from home aren’t typical remote employees, and some may have job functions that require printing. Just as with scanning, they can’t simply walk over to the copier and retrieve their documents, and there is a need for alternatives. This, of course, is where smaller SOHO-type offerings come into play. Many of the business inkjet devices on the market can really shine right now, as can simple single-function printers. Or, for the employees with printing and scanning needs, small all-in-one devices can be the perfect solution.

If you’ve got the need for printing and scanning, you probably have the need for shredding. The home garbage is no more secure than the office garbage, and if you have workers dealing with sensitive data, the regulations don’t go out the window just because they’ve moved locations. A shredder may be an absolutely mission-critical piece of hardware.

Monitors and other PC accessories

Monitors, mice and keyboards may not seem to be as critical a buy as some other items on this list — surely most people own them already — and yet NPD reported a nearly 2x increase in monitor sales in the first two weeks of March, along with a 10% increase in mice and keyboard sales and an increase in webcam sales, which had been on the decline. While these are often retail purchases, for those who offer them, it’s certainly an opportunity. They may work best as part of a remote-work bundle.

One inventive method for selling hardware we’ve seen recently is bundling devices into a “work from home bundle” or “remote worker’s toolkit.” These bundles may include hardware such as laptops and accessories plus a printer or MFP, as well as remote file access, security software, VPN, monitor, and/or any combination of products and services. It’s a smart way to meet the need to outfit an unprecedented-in-size remote workforce and maintain sales revenue.

Clearly there are a number of factors that must be taken into account when transitioning a workforce from a central office to remote locations — often very quickly. Security, in particular, is essential, and any dealer providing services must be able to advise and assist with VPNs, firewalls, encryption and even employee education. However, in the interest of sticking with the theme here, I’ve attempted to touch on some of the hardware trends that dealers can still look to in these unusual times. Will they compensate for lost revenue? No. We’re entering rough waters for sure, and it’s going to take a lot more than a bump in computer sales to manage it. Now is the time to shine as a trusted advisor and let your customers know you’re there for them. Keep the lines of communication open, stay visible by publishing relevant, valuable content on your website, and assist with any pains they may be experiencing, so that when things do return to normal you won’t have fallen off the radar, and remain a valuable and vital part of their business. 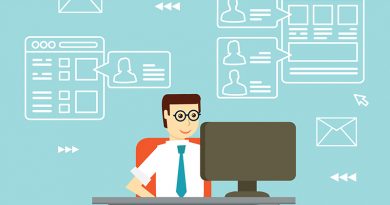