What do Blockbuster, Sears and Kodak have in common? It’s not exactly what you think. There’s a common perception that they never saw it coming, but that’s not entirely true. In different ways, different people in those organizations did see the changes that were coming, and to varying degrees attempted to put programs and solutions in place that would compete with the changing environment. Often, though, it was just too little too late, and for one reason or another those plans ultimately failed. However, it’s not so much that no one saw the writing on the wall; it’s more like the timing was off, and timing, as they say, is everything.

In some ways, color printing has faced similar challenges. It’s been 60 years since the inception of the electrographic photocopier and some 35 years since the first color copier, and yet one thing that remains consistent is the false perception that color print has to be substantially more expensive than monochrome. Inkjet is poised to change that perception, and in fact has been doing just that for the past two years at the cut-sheet production level. State printshops like California’s Office of State Publishing, university and school district in-plants, and commercial print operations focused on transactional billing have begun integrating inkjet into their workflow. In many production facilities, inkjet has become a key piece of technology right alongside digital toner and offset. The demand for color at a penny per page is so great in these environments that most have made seven-figure investments to access affordable color.

The need for affordable color is just as significant at the office level, and word is now beginning to filter to IT departments that inkjet is the reasonable alternative to toner. Many of the major print manufacturers have been doing their part to educate not only corporate IT managers, but all types of schools, non-profit organizations and government buyers about color at one cent per page.

The need to control the perceived over-use of color — often referred to as the “abuse” of color — in the office is such that thousands of dollars are spent on software that prevents or limits the use of color. And yet, this is not necessary. The narrative that color printing is a luxury that must be controlled is false, and inkjet allows that false narrative to be dispelled.

When controlling expenses is more important than ever

We are entering uncertain economic times. Exactly the extent of that uncertainty is something that’s hard to predict as of this writing, but it seems quite likely that, given world events in the spring of 2020, at the very least there is going to be a reduction in spending. Does this mean print will stop entirely? Absolutely not. In fact, there are arguments to be made for the increased importance of printing in areas like public information and nonprofits, which need to reach a population that doesn’t always have access to internet or smartphones. The attention-getting nature of color, useful for marketing and advertising, can be absolutely essential when it comes to sharing important health and safety messages. In these cases it’s not only the medium of print that’s important — although it is — but the color that captures the eye and the interest of the audience, ensuring that they are learning, understanding and paying attention to what in some cases may be lifesaving information.

Print may be important during a public health crisis, but what happens afterward, when life begins to resume as normal, but with an economy still reeling from the effects? The lessons of the Great Recession of 2008-2009 are worth revisiting here, in all their sobering reality. Color printing was on the rise in 2008 prior to the recession, with proclamations of “the year of color” and “color is the future” found everywhere. After? At least one statistic showed that color laser MFP revenue dropped $200 million between 2008 and 2009. It simply wasn’t economically feasible for many companies seeking to rebound.

A big difference between then and now, of course, is the advancements in inkjet technology. In 2010, companies rebounding from the recession were still seeking to control costs, and one of those controls was the previously mentioned restrictions on color printing on the laser devices in place. Inkjet was largely a consumer technology, and although a couple of manufacturers had attempted inroads into the office, success was limited at best. Ten years later, it’s an entirely different landscape. Technology advances in inkjet have eliminated the need for laser’s color-based restrictions and business inkjet is becoming increasingly common. Because of this, organizations that have already made the up-front investment in inkjet devices will be able to continue to print as normal without the cost concerns caused by laser. But they aren’t the only ones who will be able to save money.

Not only do inkjet printers have much lower printing costs than toner-based devices, they also cost less to purchase. While that has long been a big part of their appeal, it may become essential in the near future. Additionally, inkjet devices are less expensive to operate overall, with far fewer parts that can lead to jams and other issues that require servicing. Inkjets don’t require costly consumables like developers, drums and fusers, plus, the lack of heat related to the fusing process makes them more environmentally friendly as well – they generate less heat and don’t increase energy costs nearly as much as laser.

It’s a good time for inkjet

Dealers can choose to embrace the growing demand for inexpensive color and provide their customers with a solution. Or they can go the Blockbuster way and risk having a competitor swoop in and provide affordable color. Remember — Netflix didn’t start off by streaming movies into our homes. It started with the switch in format to DVD. Movies became available in a format that was much lighter than VHS, cost less to mail, and could be dispensed from vending machines like Redbox. In other words, even before streaming existed, other companies were taking advantage of the ability to deliver a similar product in a less expensive format that still delivered what the customer needed.

The market is shifting under our feet and it would be wise to shift with it. Consumers can choose from DVDs or a streaming service based on their needs, desires, consumption styles and budgets. Print is not dissimilar, and inkjet will not wait for dealers to adapt. Toner has, and will continue to, play a key role in printing, but there are different tools for different needs. Marketing departments may rely on color toner devices to generate glossy brochures and shareholder reports. But meanwhile, office staff print a daily stream of holiday calendars, price lists, forms, reports and HR material that end up in a filing cabinet or a recycling bin. Inkjet makes it possible for the staff to add color and the controller to stay on budget. The new decade brings with it unique challenges — unprecedented challenges. However, no challenge is without opportunity. During a crisis, of course, is not the time to capitalize on opportunity — rather it’s a time to be a trusted adviser to customers, to let them know you are available for assistance and advice whenever it is needed. However, business will resume and life will continue and the need to print will still be there. Dealers will then have the opportunity to be part of an increasingly popular hardware trend, one that will capture some much-needed print volume. They can choose to get ahead of it and lead the way or allow the competition to swoop in and take away their customer base. Best to embrace the shift to inkjet instead of hoping it will pass you by and leave you untouched. Don’t be the last Blockbuster standing; be the valued resource that helps customers meet challenges while saving money at the same time. 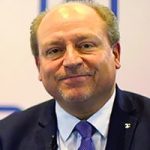 Andre D’Urbano is director of RISO’s dealer channel and corporate marketing department. He has been in the business a little over 30 years, having spent 18 years with RISO and five years each managing sales branches for Konica Minolta and Canon. 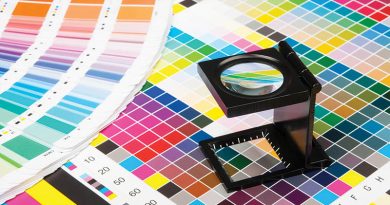 Taking a Closer Look at Production Print Trends in 2020