Exercising reasonable due diligence on behalf of its readers dictates we at the Imaging Channel scrutinize the quarterly and annual financial reports of the key firms in our industry and interpret what the results might mean for the channel and the overall market. Sometimes, an analysis of these announcements provide us with a clear and unvarnished view of the state of the industry. Lexmark’s recent Q4 2015 report is one of those state of the industry revelations. It is difficult to review the Lexmark earnings release in isolation when several major OEMs in the industry are awash in news of mergers, divestitures, acquisitions, and shifts in strategy.

On February 23, Lexmark issued its Q4 and FY 2015 financial report, less than a month after the company launched seven new models of a new generation of very fast A4 color lasers and smart MFPs, and five days after it announced it was paying a quarterly dividend – amidst the public acknowledgement that the company was “exploring strategic alternatives to enhance shareholder value,” led by Goldman Sachs. In the announcement, Lexmark did not provide guidance concerning its future performance, did not host a customary conference call with securities analysts and investors (so no questions were asked/answered), and says it will remain in its “quiet period” until its Board approves any strategic decision about its future.

It is a good guess that the FY15 annual report will be the last one we read about Lexmark as we have known it for a number of years. If some published reports are accurate, this time next year Lexmark will no longer have an Enterprise Software group and the rest of the company may be absorbed into one of the larger printer/imaging OEMs. The phrase “inflection point” has become an overused buzzword in contemporary culture, but it seems appropriate to use it here and now concerning Lexmark.

Despite the swirl of rumors and uncertainty surrounding the firm, Paul Rooke, Lexmark chairman and CEO, led the release with a prepared statement underscoring the positive (“Lexmark had a good fourth quarter”), including an increase in the Q4 Enterprise Software non-GAAP year-over-year operating income margin and full year MPS revenue growth for the 16th consecutive year. Overall, Rooke stated that “Higher Value Solutions” (sales other than simple naked/unbundled printer/hardware sales) represented more than 40 percent of the firm’s “Core” revenue and grew 26 percent in constant currency – however that growth spurt was largely driven by the $1B Kofax acquisition. But the big numbers were downbeat – year-over-year Q4 revenue declined from $1.023B to $982M, down $41 million or about 5 percent year-over-year, and operating income margins declined .3 percent to -2.4 percent. A number of accounting measurements for profitability or income showed positive gains – also likely bolstered by the Kofax operation.

The positive contributions from the Enterprise Software unit could not mask the erosion in the company’s primary business unit: its Imaging Solutions and Services (ISS) group (representing the majority of the firm’s sales of hardware and supplies) reported a revenue decline of 13 percent (10 percent at constant currency) though MPS sales were up 1 percent in constant currency. Revenues from the company’s discontinued inkjet unit declined 48 percent in constant currency. Lexmark’s Enterprise Software operations revenues for Q4 were $160M out of the $982M total, but grew 83 percent at constant currency – but again, that growth spurt was largely driven by the Kofax acquisition. Noteworthy details in the release included:

While there were pockets of good news in Q4, the FY15 revenue results were down again, as they have been every year – save one — for the past five years, despite the fact that Lexmark acquired and integrated 14 companies since 2011, including the $1B Kofax acquisition in 2015. So, notwithstanding all the software acquisitions, steady growth in MPS, growth in what the firm terms “Higher Value Solutions,” and numerous other restructurings and reorganizations, Lexmark’s revenues have been steadily shrinking since 2011 and the company had a net loss of $40M in 2015 – compared to a $262M profit just two years ago.

Profits haven’t been any better:

Hard to spin this stuff folks. Investors have also noticed this trend: Lexmark’s share price (and market cap) have dropped about 50 percent since July 2015. No doubt prodded by investors and its Board, in October Lexmark hired Goldman Sachs to “explore strategic alternatives,” commenting “The board does not believe Lexmark’s current share price fully reflects the intrinsic value created by the company … ,” stated Jean-Paul Montupet, lead director of Lexmark’s board, at the time in a prepared statement. Simply put, this suggests the company is worth more if it was broken up and sold off in pieces. A year ago the Kofax acquisition cost about $1B and the company’s current total market cap is roughly $1.8B, suggesting investors value the traditional ISS printer/supplies business at only $800M (with revenues in the $3B range) and Kofax represents approximately half the intrinsic value of the firm.

This breakup move can only be interpreted one way: that what the company has been doing isn’t working.  It acknowledges that over five years of buying software companies, trying to capture value in the overall print/imaging/document value chain, aggressive vertical targeting, and repositioning and re-engineering the company haven’t compensated for the fall off in printer hardware and supplies business. It also makes clear that the company has not succeeded in inextricably linking and leveraging growth in its software businesses to bolster its hardware sales. That considered, it appears that the company’s principal business strategy for the last 5+ years has essentially failed.

Maintaining the company as currently constituted would be an endorsement of its existing performance – so that appears unlikely. In the Q4 and FY release, Rooke noted the company was “very pleased with the progress being made, including the positive interest we are receiving,” in its exploration of “strategic alternatives.” Press reports from several sources have reported that first-round bids from private equity firms Thoma Bravo and Vista Equity Partners were submitted for its software division, a unit producing over $500M in sales and operating income of $110M in FY 2015. That level of performance will attract buyers.

A sale of the Enterprise Software unit leaves the Imaging Solutions and Services (ISS) group as a standalone entity, a nearly pure play printer and supplies company – albeit one with the $1B or thereabouts in cash it will derive from the sale of the software unit. In the FY announcement, Lexmark also stated it was going to eliminate around 550 positions worldwide over the next 12 months in the ISS division — a program expected to save roughly $67 million in 2016 and $100 million in 2017. Some press outlets have reported that the ISS unit had drawn the interest of two major OEMs – Canon and Ricoh – companies with the financial wherewithal and a list of possible reasons to acquire the ISS business. Like Lexmark, both Canon and Ricoh have substantial direct and dealer sales operations in the U.S. While neither likely needs additional laser engine manufacturing capacity, Lexmark has been exceptional at developing customized versions of its engines and drivers to satisfy the needs of vertical industry applications for printing specialized forms and media. While Lexmark does make very capable higher-end lasers, some of its lower-end units are procured OEM – an arrangement unlikely to survive any acquisition by another OEM.

Any OEM acquiring Lexmark’s ISS unit could leverage the firm’s embedded strengths to expand their market reach, printing expertise, and obtain valuable strategic customers and channels. Lexmark has an experienced marketing and sales force with keen knowledge of markets and customers such as government, hospitality, finance, and medical industries – a team that could be leveraged to sell the broader range of Canon or Ricoh offerings. While Ricoh has a long history of making acquisitions and integrating them into its overall businesses, Canon has traditionally grown organically except for the Océ purchase several years ago. Most of Ricoh’s acquisitions the last several years have been focused in the IT management services arena, though industry watchers certainly recall Ricoh finally acquired IBM’s Infoprint Solutions unit in 2010 after a three-year joint venture operation. When IBM divested itself of the printer business, it created two entities: the IBM Infoprint Solutions unit, which sold high-speed data center devices, and, Lexmark, which sold desktop and group-level printers. If Ricoh ends up buying Lexmark’s ISS group, it will have effectively bought both ends of the IBM spinoff.

However, Canon’s senior management announced an aggressive intent to grow through acquisitions and it has bought four companies since 2014, including the $2.4B buyout of Axis Communications – a maker of video surveillance, networking products, and access control solutions. This move took Canon to the top of the video surveillance market. New markets entered by Canon recently also include industrial printing and cinematography, both areas where it now stands as a global market leader. Canon told Reuters it is ready to spend at least $3.4 billion more on acquisitions in several markets, including network video and security, robotics, medical equipment and materials used in ink, toner and 3D printing.

Office printing doesn’t appear to be a strategic acquisition target for either Canon or Ricoh – though that doesn’t eliminate them as buyers. Brother is another possible suitor for Lexmark’s ISS unit. With nearly $6B in worldwide sales, a well-established brand in printing and imaging, and a clearly expressed strategy to target the enterprise with higher performance printers, Brother could effectively leverage ISS’ high speed printer capabilities, vertical market strengths, and distribution channels to become an immediate player in the enterprise printing space worldwide. Other possible ISS buyers include Konica Minolta, Samsung, Xerox or Fuji Xerox (unlikely), Toshiba (unlikely), HP (unlikely), Oki (unlikely), and Sharp (very unlikely). It goes without saying though that if ISS is bought by any existing OEM, the likelihood of the Lexmark brand surviving long term is not good.

Lexmark has a presence in the BTA dealer channel, and has worked to increase that dealer base the last several years. The company is often cited as a “good second (printer) line,” for a BTA dealer, which is not a backhanded compliment at all. The new, high-speed A4 models Lexmark debuted last month boast the fastest print and copy speeds available in their respective A4 classes, products Lexmark positions as having A3-like capabilities – a product segment dealers understand as well as anybody. Of course, any dealer that chose to add Lexmark as a line because of its software offerings will likely be dealing with the new owner of those products sometime in 2016. For existing Lexmark BTA dealers, the prospect of Canon, Ricoh, or another OEM purchasing the ISS group obviously creates uncertainty at a minimum. The potential after effects of the folding of ISS into the fabric of another OEM are too problematic to predict at the moment.

The printer and hard copy market is mature — no secret there. Overall print volumes are declining, emphasis on print costs are squeezing profitability daily at every level of the value chain, product differentiation is very challenging for all makers, and printers haven’t been considered “sexy” since the (first?) Clinton Administration.  OEMs in general are struggling to grow revenues and maintain profits in a myriad of different ways – some successful, some not. In such an environment, that one of the industry’s best known brands is in danger of disappearing is both logical and even predictable. But it is also lamentable.

John McIntyre serves as a senior analyst for BPO Media. With more than 40 years of experience in the printing industry as an analyst, product developer, strategist, and marketer, he has covered the printing and supplies sectors for prominent market research firms such as Lyra Research, InfoTrends, and BIS Strategic Decisions, and served with major OEMs such as Samsung, NEC, ACT, and Diablo Systems/Xerox. McIntyre is the former managing editor of Lyra’s Hard Copy Supplies Journal and has been a popular speaker at industry conferences on key issues such as market and business strategies, distribution channels, supplies channels, and the impact of emerging technologies. McIntyre also served as a member of the IEEE 1680.2 (EPEAT II) standards development committee. 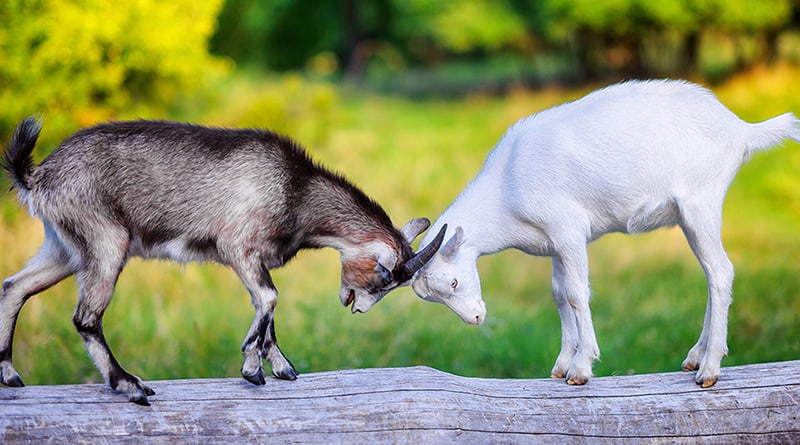 Shareholders Icahn and Deason Purge Xerox CEO and Board, to Renegotiate Fuji Deal