At a press and analyst event in New York City, HP unveiled its latest laser printers aimed at SMBs and small workgroups. The one-day event began with a press conference led by Pradeep Jotwani, senior vice president of HP’s LaserJet and Enterprise Solutions business, followed by a hands-on product showcase featuring HP’s newest technology. The showcase allowed time for in-depth review of the new machines and provided attendees with direct access to many of the engineers and product managers behind HP’s latest products. Attending this event brought back fond memories of the good old days in the printing market, when hardware announcements used to matter.

Why would a launch showcasing four new printer/MFP models require such a lavish event with invitees from around the world? Simple. Underscoring the announcement of the products themselves is a significant re-engineering of HP’s laser printing technology, setting the stage for the firm’s next generation of laser-based printers and MFPs. According to HP, the announcement “represents our most significant laser printing re-engineering since the introduction of the first LaserJet in 1984.”

That is a bold statement considering HP’s heritage and the number of technology advancements it has fostered since the very beginning of the laser printing market. According to Jotwani, HP is focusing its R&D efforts in the laser printing space to address key trends that are shaping the future of the office: costs, environmental sustainability, space limitations, mobility, and security. HP’s latest technology delivers on all fronts.

At the core of the announcement is new technology built into the latest toner cartridges, which HP is branding as JetIntelligence. While it is somewhat unusual for HP to actually fold the inner workings of its toner cartridges under an umbrella brand, the firm believes that the advancements in printing technology are significant enough to warrant the additional attention. “This is a big deal for us,” Jotwani explains. “We don’t always add in a brand but JetIntelligence merits its own branding.”

The JetIntelligence brand encompasses several aspects that involve fundamental changes to HP’s cartridge technology, beginning with the toner itself. HP’s ColorSphere 3 toner utilizes a new formulation that is comprised of a softer particle core surrounded by a more durable outer shell. As a result, the soft core melts at a much lower temperature, which translates to less heat to melt, lower fusing temperatures, less overall energy consumption, and faster print speeds. At the same time, the more durable outer shell allows HP to maintain print quality across the entire life of the cartridge. “This is not an easy thing to do,” Jotwani proclaims, referring to the effects of increased toner durability combined with a lower melting point.

HP’s new toner cartridges have also been re-engineered to support what HP calls Page Maximizer technology. Essentially, the components and parts used in the new cartridges have been redesigned to be smaller and more durable. Additionally, the new cartridges have an auto seal removal feature, which eliminates the need for the user to remove the pull-tab seal from the cartridge before inserting it into the printer. Instead, the toner seal is removed during the installation process and is actually wound up inside the cartridge itself. These features allow HP to add more toner into the same size cartridge, producing higher capacity toner cartridges that require fewer interventions. The result is higher page yields from a more compact and more energy-efficient printer or MFP.

HP’s JetIntelligence cartridges also feature new print gauge technology, which intelligently predicts toner levels to help IT departments manage devices and maximize toner usage. New anti-fraud technology built into the JetIntelligence cartridge provides enhanced protection by identifying counterfeit cartridges and non HP-branded supplies. At the same time, HP provides new features that allow customers to manage self-imposed anti-theft or other printing policies. For example, once a cartridge is installed it can be tied specifically to that device, preventing users from moving cartridges from one printer to another. Or, IT managers can implement a “Genuine HP Only” mode, which means that machines across the fleet will only work with HP-branded supplies.

From a security perspective, standard support for HP’s JetAdvantage Private Print helps prevent unauthorized access to confidential print jobs and reduces waste from unrecovered print jobs. With Private Print enabled, each print job is securely stored in the cloud until the user authenticates and releases the job at the device. HP JetAdvantage Private Print also provides support for HP Common Card Reader for fast authentication, as well as a mobile app available on iOS and Android devices to manage and print from tablets and smartphones.

HP introduced four models based on the JetIntelligence cartridge technology: three printers and one MFP. Each of the new models features a significantly smaller footprint compared with its predecessor, while delivering much faster speeds, lower energy consumption, and higher yields. The HP ColorLaserJet Pro M252 is a single-function printer that operates at 19 ppm. The Color LaserJet Pro MFP M277 series is based on the same engine as that used in the M252 but is marketed as the smallest laser MFP with the fastest duplex printing in its class.

The HP Color LaserJet Enterprise M552 and M553 series are designed for workgroups of five to fifteen users printing up to 6,000 pages per month. With print speeds up to 40 ppm for color and monochrome, HP claims that these machines offer the lowest total energy consumption and fastest double-sided printing speed in its class. HP says these devices are also the first to include Google Cloud Print 2.0, supporting Google’s new local printing standard for Chromebooks and Chrome OS applications.

As already stated, HP’s new machines offer several distinct improvements over previous products, and also seem to be well positioned against competitive models in the same class. Yet, there is one important element that HP has not addressed: price. According to Jotwani, HP’s new models will not feature any dramatic changes in terms of lower hardware pricing. “We are not driving on cheaper to be quite honest,” he explains. “This is about putting more value into the products. So, you will not hear anything about pricing being directly cheaper, but they are indirectly cheaper because of less power consumption and higher yields.” Jotwani also points out that the latest announcement includes certain product configurations that did not exist in HP’s lineup previously, so there is no direct comparison for those models.

Given the importance of the technological achievements and the role JetIntelligence will play in HP’s long-term product strategy, it would seem that this announcement would garner significant attention. Yet, many pundits and industry analysts have downplayed the announcement. The general sentiment seems to be that the technology itself is interesting, but does any of this really matter to the customer—or to the market as a whole? Are customers really demanding products that are smaller, faster, and easier to use than those that are already available?

It is a fair question, but one that really does not consider all of the central issues at play. If you dig a little deeper there are some important aspects to HP’s latest announcement. First, the firm has clearly demonstrated that it will continue to funnel R&D investment into its printing business in general, and more specifically into printing hardware. For some time now, many have speculated that printing is becoming more or less an afterthought for HP, moving from a core segment to wind-down status as a cash cow business. The planned split between HP’s printing and enterprise services businesses has only added fuel to that discussion. HP has dispelled that notion with this announcement, demonstrating that it has long-term plans to continue to drive innovation through printing hardware.

Another noteworthy consideration is HP’s overall marketing strategy. As the clear market leader, HP has consistently charged a premium for its brand—essentially commanding a little extra for the added reliability and performance that comes along with the HP moniker. That strategy has served HP well over the years. Through its partnership with Canon, HP has fostered endless innovation in laser printing technology and engine design, a leading factor that has helped set the firm apart from competitors. As a result, HP’s go-to-market strategy has consistently been based on a “more for same” philosophy: improvements in functionality and capability at prices similar to or in some cases even higher than those of previous products.

Nevertheless, one has to wonder how long HP can depend on this strategy. The office printing market has matured to the point where hardware differentiation is difficult to achieve. Meanwhile, office users today clearly place less emphasis on the hardware itself and more on the solutions, services, and applications that surround the device. The printing industry has reached a point where users are demanding “more for less” from the hardware, and the more is typically associated with attributes that have little to do with speeds and feeds.

Nevertheless, too much emphasis is probably being placed on the first four products. The fact is, anytime HP makes an investment such as the one it has made with JetIntelligence technology, there are long-term strategic implications that will play out in future products and product categories. When you think about the capabilities provided through JetIntelligence, it is easy to see how more significant benefits might be realized in office workgroup products, specifically in areas such as high-capacity supplies, reduced user intervention rates, lower CPPs, and more compact products that move increased functionality even closer to the user.

The most important aspect of the announcement, however, is that it further demonstrates the lengths that HP is willing to go to protect its most important asset: supplies. In an interview with analysts prior to the actual press conference, Pradeep Jotwani made no bones about the strategy behind JetIntelligence. “Today’s announcement is about fortifying our position in the transactional space,” he said. Indeed, JetIntelligence is designed to further strengthen the bond between HP’s hardware and HP-branded supplies.

This is not new. HP has been in “fortification” mode for quite some time—both on the laser and ink sides of its business. Even so, the firm faces more threats to its supplies business today than ever before. In the office space, the transition to MPS has hit HP particularly hard. Because of its undeniable leadership position in the market, MPS represents a bigger threat to HP than to any other vendor. Ask any competitor out there and they will tell you that their MPS business is built on the premise of targeting HP printers and bringing them under contract. There is no question that HP has lost a significant number of transactional pages to competitors that have taken HP devices under contract and shifted to non HP-branded supplies.

The strategy with JetIntelligence is not only about making it more difficult for competitors to use third-party supplies. That is part of the equation, but HP is also baking in advanced functionality that can only be supported with cartridges that are based on HP JetIntelligence. That is the real motivation behind the move, and the primary reason behind the decision to brand JetIntelligence. In the long run, HP wants customers asking for JetIntelligence just as it would ask for an HP branded printer. The question is: will it work? 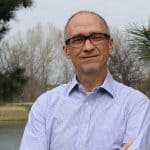 Of Zombies and Butterflies: The Need for Channel Diversification