This year’s ITEX show was my fourth so although there are folks who’ve attended a dozen or so times, I have a bit of perspective.  There was a time when I felt we as an industry had too many shows — Lyra, TIEX, BTA, OEM dealer events, Photizo, Recharger, etc. — we seemed to be talking a great deal, but just among ourselves about ourselves. Some may feel that after one or two years, shows regurgitated the same content.  Others, felt instead of learning, attendees were marketing targets, ending up in somebody else funnel.  And still others found the entire process costly and without merit — irrelevant.

Well, the days of multiple shows has passed. While many events still exist, ITEX stands as our premiere industry trade show and in my opinion does not dictate to the industry but reflects the tone, evolution and direction of our niche.  So when critics deride the event, they’re observing their reflection in a mirror.

When somebody tells me “The mood seemed somber”  I think “Our industry is somber."

Well, my observations are upbeat and can be broken out into three categories:

You’d have to have been under a rock for the past few years not to know about the managed services movement.  This year’s ITEX had plenty of providers of traditional IT services in attendance. For example,  AVG, Autotask, ConnectWise, Rackspace, just to name a few, usually haunt the IT show circuit, not a copier show.  But here they are.  Perhaps they see more of the signs than we do. Maybe there is something for typical copier dealers in the managed services realm — all we need to do is hook up with a vendor and take it to market.  I spoke with a few of these folks and indeed they are optimistic believing that our selling skills can dominate in the IT space.

It isn’t an easy transformation but solid foundational partnerships – PrintFleet, MWAi, plus new faces like PrinterLogic, will help

What more can be said about the absolute irrelevance of third party toner? I know, I know, third party toner (cloned, remanned, drill n’ fill, whatever) is a kajillion dollar industry – in China.  My conversations with end-user/clients reveal one thing — either a company is opposed to using third-party or they are not.  More importantly, they don’t care.  It is an “off or on” decision and warrants little discussion beyond price — which, as you know, is another losing argument.

I look at the reman segment as a canary in the coal mine.  As they go, so goes the industry. Think about it — fewer printers are being sold, the ones placed are printing less, using fewer cartridges, offering a reduced number of virgin cores to the ecosystem.  The reman industry is getting it from two fronts — fewer customers, fewer resources.

The ‘big guys’ are congealing together. Like a scab, it’s a healing process, but it’s going to leave a scar.

In general I found the attitude upbeat, positive, and intimate.  Good or bad, one never needed to wait in line to talk to a vendor and the conversations were detailed, and pointed to whatever question posed.  This can be attributed to the number of attendees relative to the number of vendors and if delivering quality information was a goal, it was achieved.

Feedback on the educational sessions was very positive.  As a matter of fact, I didn’t hear anyone complain about being “sold to” — which has been a standard observation in past years.  I think of West’s talk about seat-based billing or Kevin and Sarah’s discussion around the “hidden factory” — nobody sold anything.  But in the end, we all know that if a provider comes across an opportunity for seat based pricing, West will get the call.  When an independent dealer decided to look into MPS and toner costs, if he was in Sarah’s session, she’ll get the nod.

For the past few years, I’ve been hearing more about the potential MPS market south of the U.S. border.  This year, there was a noticeable South American presence.  Because it’s been years of “the market down south is about to explode” I’m beginning to wonder if it actually will.  Regardless, it is always nice to catch the global flavor of MPS.

All in all, I felt the show was a success and we should all look forward to next year’s event at the same venue.

A prolific writer, frequent speaker, and hyper-charged freelancer, Greg Walters shares his passionate, unique and provocative view on technology, addressing the digital impact on 21st century business and the new way of work and society. His book, Death of the Copier, published in 2014, offers a controversial summary of the early days managed print services and the not-so-distant future of the hard-copy industry. For four years, he was part of and then rebuilt a managed print services practice inside a West Coast VAR/MSP. Over the last three years he has been assisting companies with optimizing their IT portfolio of services, analyzing information workflow and processes, building self-supporting MpS programs inside IT departments and creating and implementing print policies for medium to large businesses. His company, Greg Walters Inc., is a bold consulting and content creation firm helping companies optimize processes and communicate their stories. Contact him at greg@grwalters.com 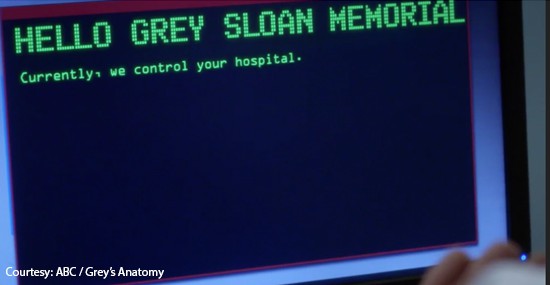 Security in the Imaging Channel: The 2018 Edition

Why Are We Struggling With Selling Solutions?