Esports, the professionalization of high-level video gameplay, isn’t something to laugh off anymore as thousands of avid gamers and millions of adoring fans are logging in and tuning in to watch an entirely different genre of professional sports.

We’re not talking about Pac-Man or Donkey Kong here. These are extremely complex and realistic video games of the multiplayer online battle arena (MOBA), first-person shooter (FPS) and real-time strategy (RTS) variety. Game titles such as League of Legends, Dota 2, Overwatch, Call of Duty and Magic: The Gathering are the battleground for individuals and teams of gamers literally from around the world.

It ticks all the boxes: international, it skews young, it promotes and depends on emerging, cutting-edge technology and the infrastructure is maturing by the second.

It’s a testament to HP’s enlightened marketing strategy that the company has invested heavily in an entirely new realm of sports sponsorship and marketing to imprint its brand and products to millions of millennial and Generation Z players and fans who are just as passionate and consumed by competition that has nothing whatsoever to do with a ball.

For folks of a certain age, it might be a little difficult to understand how a largely sedentary and somewhat “geeky” pastime could somehow morph into a multibillion-dollar “sports” industry. But according to a report from Newzoo, an Esports research and analytics firm, global Esports revenue will eclipse $1.1 billion in sales in 2019, up 27% from last year as advertising, sponsorship and media rights continue to explode.

As far as attracting eyeballs goes, Newzoo’s study projects the total audience for Esports is expected to grow to more than 454 million viewers this year (mostly online but there’s rapid growth in live ticket sales as well), up 15%, and total revenue should threaten the $2 billion-threshold by 2022.

Few companies in the world are as uniquely positioned to capitalize on this white-hot industry as HP. The company sponsors a wide range of Esports teams and leagues. It’s a premier sponsor of Madison Square Garden’s Counter Logic Gaming organization and the internationally renowned Cloud 9 Esports organization.

At the Pax East 2019 gaming convention in March, HP powered the first ever Magic: The Gathering tournament, an online version of the popular physical card game that has served as a stepping stone for some of the world’s most successful professional poker players.

While HP and other OEMs and dealers in the imaging channel have long invested in and partnered with traditional sports teams and leagues for decades, this opportunity was simply too enticing and far-reaching for HP to dismiss. “Traditional sports have been important to the HP brand and a few years ago, we noticed a new subcategory in the sporting world growing at an exponentially fast rate: Esports and gaming,” Emily Ketchen, Head of Americas Marketing, HP Inc., said.

“We decided to take a leap of faith and redefine the way we approach ‘sports sponsorships’ by focusing our efforts more directly on the competitive gaming community,” she said. “We knew that to increase our credibility in this realm, we needed to secure strategic sponsorships to drive brand awareness of the OMEN series gaming portfolio and that is exactly what we’ve tried to do with the sponsorships we have in play now.”

This is big money and a big transition for corporate sports sponsors. In 2016, the worldwide PC gaming hardware sales checked in just over $30 billion, a figure that’s expected to eclipse $35 billion by 2020. Newzoo claims there are more than 2.5 billion gamers worldwide and they’ll spend more than $152 billion on games this year.

Much like soccer, Esports has a truly international following of both fans and participants. There are legitimate global Esports superstars and teams that mean just as much as Messi or Rapinoe or Barcelona and Manchester United mean to their adoring fans.

Ketchen explained that HP is always looking for new ways to connect with its core target consumers in ways that align with the company’s brand goals and voice as well as in ways that feel “natural” to the audience.

“When we first jumped into gaming sponsorships, for example, we knew that to win the hearts and minds of gamers, we needed to establish credibility by showcasing how our products cater to professional players’ needs,” she said. “We focused on connecting with the right target at the right time with the right product.”

Indeed HP was ahead of the curve and had impeccable timing. As Esports investments and leagues were blossoming and new arenas specifically designed for Esports competitions were erected, the company was perched to capitalize on and make a meaningful contribution to the industry’s burgeoning growth.

“Our first priority was to reach what we call enthusiast and performance gamers because we realized that if we won their trust, their brand appreciation would trickle down to the broader gaming audience,” Ketchen said. “We knew Esports was about to explode, so we wanted to be one of the first to push hard in the space.”

Making this investment matter in the here-and-now and for it to have legs was obviously important to HP as it entered into its Esports gaming sponsorships, and determining the return on investment from its Esports endeavors is logical, methodical and taken as seriously as any other corporate marketing program.

“We make sure to set clear, measurable goals for each individual campaign,” Ketchen said. “Industry practice is that these measurements are done through quantitative brand studies in collaboration with third-party measurement companies.”

Ketchen added that one of the key takeaways from this evaluation and measurement is tracking a brand’s movement over time.

“We make sure to measure brand consideration before and after sponsorship events and try to track our impact on sales,” she said. “Although brand sponsorships are usually aimed at driving brand awareness, over the years we have seen brand sponsorship activations drive tangible business results and social reach.”

In the Esports community, much like the games and technology fueling the excitement and competition, the pace of innovation and the changing tastes of the audience and players must constantly be observed and monitored to adapt marketing strategies for the future.

“It’s important to know that there’s no one-size-fits-all to gaming and Esports,” Ketchen said. “There are certain gaming audience demographics that dovetail well with HP’s product offerings, but what’s more important is to evaluate the motivations and types of games people play.”

“Most people who play games and play professionally stick to a certain genre and if we’re looking to cast a wider net of customers, we must look at different types of games and Esports titles,” she added.

There’s another cultural element to the Esports crowd that differs substantially from the traditional ball-and-stick sports: authenticity.

Rather than “rooting for the laundry” of the teams as fans of baseball, football and basketball teams have for generations, this new generation of sports consumers appear to be more focused with personalities – and have a window to these players through social media and watching streamed videos of their matches – and gaming skills that they could actually emulate when playing these games themselves.

It makes sense because so many of the fans, players and founders are of a different generation, a more digital generation essentially addicted to YouTube and social media. Of course they’re also understandably more impressed and drawn to entertainment, competition and sponsors who project and execute an appreciation for and an understanding of what moves them.

“One thing I want to underscore is the importance of maintaining an authentic voice through Esports sponsorships,” Ketchen confides. “(They) provide an amazing opportunity for brands to connect with large, engaged audiences. But the value of the opportunity is lost if it’s not done in a meaningful way that is both relevant to the consumer and true to the brand.” 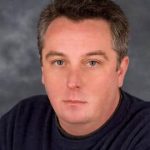 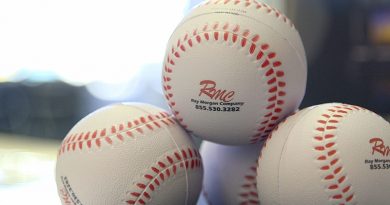 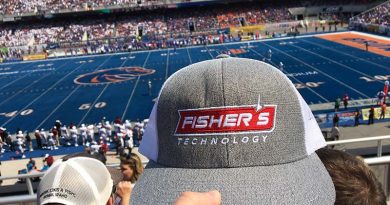 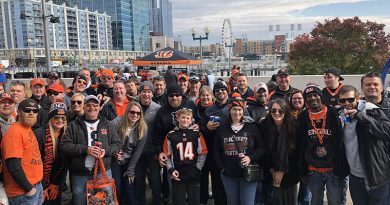