PALO ALTO, Calif., Jan. 23, 2020 (GLOBE NEWSWIRE) — HP Inc. (HPQ) today confirmed that Xerox Holdings Corporation has announced its intent to nominate 11 candidates to stand for election to the Company’s Board of Directors at the HP’s 2020 Annual Meeting of Stockholders (the “2020 Annual Meeting”). Xerox has previously submitted an unsolicited proposal to acquire HP, that the HP Board unanimously rejected.

We believe these nominations are a self-serving tactic by Xerox to advance its proposal, that significantly undervalues HP and creates meaningful risk to the detriment of HP shareholders.

The HP Board of Directors is committed to serving the best interests of all HP shareholders and to pursuing the most value-creating path. Value creation for HP shareholders is not dependent on a Xerox combination. There are numerous opportunities available to HP to drive sustainable long-term value. These include the execution of HP’s strategic plan, and the deployment of its strong balance sheet for increased share repurchases of its significantly undervalued stock, and for value-creating M&A. Xerox’s proposed transaction attempts to use HP’s financial capacities for the benefit of Xerox shareholders.

We believe that Xerox’s proposal and nominations are being driven by Carl Icahn, and his large ownership position in Xerox means that his interests are not aligned with those of other HP shareholders. Due to Mr. Icahn’s ownership position, he would disproportionately benefit from an acquisition of HP by Xerox at a price that undervalues HP.

Mr. Icahn has meaningful influence over Xerox and its Board of Directors given this ownership position; the role he played in the appointment of Xerox’s current CEO, who is a former Icahn consultant; and the ties Mr. Icahn has to members of the Xerox Board, including Xerox’s Chairman, an Icahn employee.

The HP Board is unwavering in its commitment to HP shareholders and will continue to take all appropriate actions to advance and protect HP shareholders’ best interests.

About HP’s Board of Directors
HP benefits from an independent Board, including an independent Chairman and 10 of 12 independent directors, with the remaining members being the Company’s current and former CEOs.

The HP Board will review the proposed Xerox nominees, and respond in due course. Additional information regarding the HP Board and its recommended slate of director nominees will be presented in the Company’s definitive proxy statement and other materials, to be filed with the U.S. Securities and Exchange Commission and mailed to all shareholders eligible to vote at the 2020 Annual Meeting. The date of the 2020 Annual Meeting has not yet been announced. HP shareholders are not required to take action at this time. 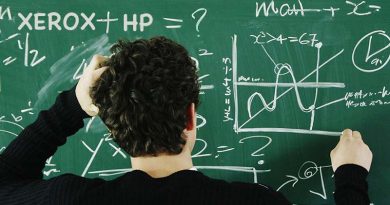