The on-again, off-again union of financially ailing Sharp Electronics of Japan and Taiwan-based contract manufacturing giant Foxconn was finally agreed to on March 30, months after an initial agreement was reached in principle. Inking the final deal came after weeks of wrangling over details of the actual fiscal standing of Sharp – which revealed a company far worse off than originally presented — and thus, how much Foxconn was willing to pay.

In January, numerous reports valued Foxconn’s offer for Sharp at just over $5B, but the final deal is reportedly worth about $3.5B. Published play-by-play reports of the negotiations state that about a month ago, Sharp startled Foxconn by revealing a lineup of possible liabilities estimated near $2.7B, and a large and looming FY loss (now pegged at over $1.5B), triggering more negotiations and brinkmanship because Sharp faced a March 31 default deadline for syndicated loans valued at an estimated $4.5B. The $3.5B cash infusion, labeled by Sharp as a “capital alliance,” gives Foxconn a 66 percent share of Sharp and prevents the company from certain bankruptcy.

In documents released the day the deal was announced, the company conceded that, after “many examinations on the future outlook of the earnings for the fourth quarter … and of the earnings for the full fiscal year… the business environment surrounding Sharp is increasingly challenging.” Uh oh. The firm downgraded its Q4 and FY outlook, blaming several factors:

• Fall in profits in the display devices business driven by price erosion in LCD panels and a resulting inventory write-down; operating losses caused by a fall in LCD plant operations

• Sagging sales and increases in promotional costs in the Chinese market including LCD TVs, white appliance goods, and MFPs, which the company claims became evident in the fourth quarter

The company’s documents estimated a FY loss of over $1.5B on lower sales in most product areas, with the Business Solutions operation, where the firm’s printers/copiers are accounted, a singular and healthy exception: the year-end FY forecast for that group was projected to include $320M in income, up 21.4 percent year over year, on $3.2B in sales, an increase of 4.9 percent year over year. While those numbers are impressive in a generally flat or down printer/MFP business, the unit represented only about 13 percent of Sharp’s near $24B in overall sales, the bulk of which are represented by consumer products.

Known to be one of Apple’s largest contract makers for iPhones and other products, Foxconn’s primary interest in acquiring Sharp is a grab for that company’s IP and manufacturing capabilities in digital displays – especially the potential application of the emerging, low power/high quality display capabilities of OLED technology for smartphones. Foxconn makes a broad array of technology products including laptops, desktops, servers, tablets, cell phones and other handheld electronic gadgets, consumer electronics … and printers. Long noted to be a contract manufacturing source for HP, a HP document from 2015 states that the company sourced manufacturing of desktop and laptop PCs, servers, storage devices, and printers from 11 different Foxconn factories.

Major conditions negotiated by Sharp in the deal include the retention of the Sharp name, a stipulation of significant independence in its operations, the maintenance of manufacturing and other jobs in Japan, and a commitment to invest in Sharp by Foxconn, including about $350M in the Business Solutions operations. The agreement also contains language to allay concerns of the Japanese government: “[Foxconn will] cooperate with Sharp in maintaining Sharp’s high technology (including the functions of Sharp’s R&D facilities and factories for production of high tech products in Japan) within Japan, and shall procure a method which effectively prevents the leakage of such technology to outside of Japan.” So while Foxconn can own Sharp, it can’t port its technology to Taiwan.

The Consequences for Sharp’s Printer/MFP Business

Representing less than 15 percent of Sharp’s overall business, the printer/MFP group in Sharp is an anomaly: it is focused on the B2B buyer and is actually making money while the rest of the firm is an overwhelmingly consumer-centric entity, and losing money – lots of it. So by product makeup and target customer base, maybe Business Solutions doesn’t fit.

Does the printer/MFP group fit in the “new” Sharp? While Foxconn does manufacture printers, they are inkjet and not laser – so Foxconn doesn’t seem to gain significant manufacturing expertise or scale by taking on the manufacture of Sharp printers. Besides, the deal mandates Foxconn largely retain manufacturing operations in Japan, so Sharp doesn’t gain any manufacturing cost efficiencies through its Foxconn affiliation. Other than printers, most of Foxconn’s product manufacturing specialties are non-electromechanical products such as cell phones, PCs, and servers.

The promised $350M investment in the Business Solutions operations is a bit fuzzy since that group also includes business-class display products, not just printers and MFPs. The documents released on March 30 indicate some investment details for printers/MFPs:

• Overall, ¥40 billion (about $356M) is pledged to be invested in Business Solutions operations between July 2016 through September 2018

• ¥20 billion (about $178M) of that will specifically be invested in expanding MFP sales and distribution in North America and Europe.

• ¥12 billion (about $107M) will be invested in reengineering and upgrading plants in both Japan and China, including enhanced automation to reduce production line labor costs, increase capacity, and improve productivity – though the statement is not clear if this applies to printers or other Business Solutions products.

• ¥8 billion (about $71M) is aimed at investments in software and dies and molds to develop “new products for the solution business,” focused on robotics and digital signage displays.

Though $178M sounds like a lot of money, the commitment is stretched out over two years and is specifically pledged to regional printer marketing operations, not necessarily new printer product development in Japan. Still, split evenly, that is about $90M over two years to be invested in Sharp’s North American MFP efforts, not a trivial sum. Sharp Imaging and Information Company of America (SIICA), at its dealer meeting in December, boasted that Sharp’s U.S. Document Business had just recorded one of the most profitable periods in its history, while SIICA grew its operating profit by 145 percent over the prior fiscal period — the sixth consecutive fiscal quarter of operating income growth for that business. If accurate, unlike the rest of Sharp, SIICA appears to have its act together.

In the detailed documents released with the Foxconn news, the company noted “the MFP business is expected to face a maturing market due to a change in business environment, with a shift to paper-less, we are facing a challenge in developing new business where markets are expected to expand, such as robotic business, etc.” Is Sharp planning to evolve and grow the electromechanical and imaging technology capabilities of the printer/MFP business into developing commercial or industrial robots? That is one reasonable interpretation of that statement, supported by $71M in new investments. Considering Foxconn’s past comments about robots, and recognizing the labor-intensive nature of the company’s core contract manufacturing business, robots may indeed be a critical part of what Sharp and Foxconn will work on together.

It is also entirely possible that Foxconn plans to finance the Sharp purchase (and investments in robotic technology) in part by selling off the nicely profitable printer/MFP business – in a flat to declining industry that appears to be in the midst of a consolidation phase anyway. In that respect, the printer/MFP business may not fit in Foxconn’s portfolio. That possibility would, of course, need a willing buyer to become reality. We have had less than 24 hours to pore over the sale documents; it is likely a sale of the unit is specifically prohibited, but we haven’t found that yet. Stay tuned.

While the sealing of the Foxconn deal should reassure Sharp dealers that the company isn’t filing for bankruptcy and is, in fact, planning to make considerable investments in upgrading its North American MFP operations, it is way too early to pronounce that the ultimate disposition of the printer/MFP business of Sharp is a guaranteed keeper. As Foxconn found out during the negotiations (and we all found out about Toshiba Corp.’s accounting practices), they might not know the whole Sharp financial story yet. More may be revealed. In the short term, it appears it is business as usual for SIICA and its dealer following, which can only be seen as Good News. Sharp dodged a bullet. 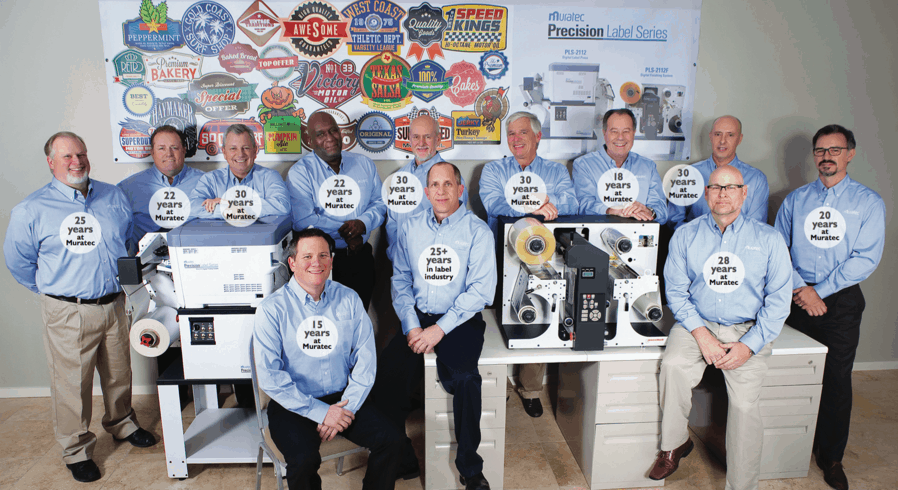