An ancient parable tells of a group of blind men who happened upon an elephant. Never having experienced this animal before, each man felt the elephant and described his experience to the others. One man touched the trunk and described the elephant as being like a snake. Another felt its leg and described it like a tree trunk. Yet another described it like a wall, having felt only the animal’s side. As they compared their contradictory experiences the men began to argue, accuse and fight in defense of their definitions. Who was right? Everyone … and no one.

What if we substituted the term “digital mail” for the elephant? This generically imprecise and illusory term has been altered and used in so many different contexts that no single definition encompasses its meaning entirely. Yet many in the mail technology industry have had just enough experience to consider their definition to be authoritative. So, who is right? Everyone … and no one.

Like the story illustrates, each of us has our own digital mail set of experiences. For example, your enterprise interoffice mail system may feature a desktop ship application that creates barcoded coversheets that can be used to track the piece from sender to receiver. Maybe your centralized mail center has an e-messaging system that notifies you when mail has arrived and is awaiting retrieval. Though both very different, both applications can be described as “digital mail.”

The term “digital mail” is still a relatively new concept in the business community. As the community takes strides toward a digital workplace, transforming physical documents into accessible and useable digital files is essential and should not stop at the mailroom door. But defining what “digital mail” really means is the first step to implementation. Digital mail can be defined and viewed in a few different ways:

Overnight Tracking originated by third-party shipping companies that assigned pieces ID numbers to track overnight “accountable” mail pieces. Today, the internet allows users a window into the current status of expected deliveries. In fact, overnight tracking could have been the first phase in the evolution of digital mail. It certainly laid the groundwork for the expectation of tracking that we have grown accustomed to in today’s e-commerce market.

Internal Tracking gave rise to a new problem. Mail would be reported as “delivered” at the time it was received by the organization’s centralized mail center. However, just because it had been delivered by the third-party did not mean that the piece itself had reached its intended recipient. That created a problem for organizations with campus-wide mail distribution personnel who fielded anxious phone calls from expectant recipients. Seeing the status of their package as “delivered,” recipients were left in the dark regarding when their organization would deliver it to their desk. To solve this problem, tracking software was created to pick up where the shipper left off. Now pieces could be logged from the third-party straight into the internal tracking system that would then provide end users with real-time status updates of their delivery. This closed the gap left by the third-party shippers and further evolved the definition of the digital mailroom.

Digital Interoffice Mail started as a roundabout way to track important documents, even if it was only floors below. Employees were choosing to send crucial documents via third party in order to gain the visibility of the tracking number. The ability to create internal tracking gave rise to the ability to transform interoffice mail. Now, a sender can print a uniquely barcoded top sheet from their desktop, affix it to the top of their document, and place everything in a windowed interoffice envelope. This item can now be tracked through the enterprise from the moment the piece is created by the sender to the time it is received on the other side.

Open, Scan, Send advanced technology meets the needs of a booming mobile culture. A new idea, this further defined the idea of digital mail. Combining mail opening and extraction technology with inline one-touch scanning enabled service providers to create solutions whereby imaged mail content could be routed via email applications to be viewed in PDF format by the end recipient. As advanced as this application was, the end user adoption rate did not push this to the tipping point. Privacy issues and regulatory concerns created significant barriers that weighed heavier than the perceived advantages it promised.

Digital Notification came in 2017 when USPS announced “Informed Delivery” as a service to its customers. This service allows for the customer to preview images of inbound mail envelopes before they arrive. Packages can be tracked and managed in a manner similar to third-party tracking. Though offering nothing “new” by way of technology, this does allow for a degree of interactivity between the USPS and the receiver. The benefit, however, is limited to an email notice of what mail is due to arrive on any given day. This limits the end-recipient’s interactivity with respect to any further action that they would like taken on their mail. Still, by offering even this capability the USPS has increased the visibility of “digital mail” to a wider base of consumers and kept the conversation moving forward as to what further advancements may be possible in the future.

“Interactive” Digital Mail allows the end recipient to have the full control over the delivery of their mail that is necessary for any digital mail system to be fully beneficial. Before it is delivered, the end recipient alone should have the freedom to determine which mail they receive and in what manner. None of the prior definitions meet the needs of the end recipient, but interactive digital mail solves this problem by presenting envelope images via email that have been scanned on a one-touch platform in the mail center before delivery. Responses to these emails can then direct the mail center to handle envelopes in any one of a number of ways: “deliver,” “open/scan,” “do not deliver,” “forward,” etc. This differentiation overcomes significant privacy and risk barriers inherent in other solutions and puts the control of the mail in the hands of the end recipient. Mail service entities stand to benefit from this as they will only be delivering mail that the end recipient wants and not wasting resources delivering unwanted mail. Further, there are efficiencies that can be realized as important documents can be scanned directly from the mail center and routed accordingly throughout the enterprise.

Although the concept of digital mail is constantly evolving, it is important to understand how your organization will adapt. As organizations, governments and countries strive for full digital transformation, some elements could be overseen or forgotten. There are numerous applications for implementing a wide array of digital mail services from simple extraction equipment to a full digital mailroom delivery service. Educating and identifying the needs of your mail operations could drastically propel your organization further into a paperless office. So, how will you begin your digital mail journey? 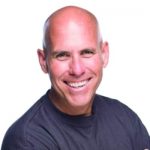 is director or marketing for OPEX Corporation.

is director or marketing for OPEX Corporation. 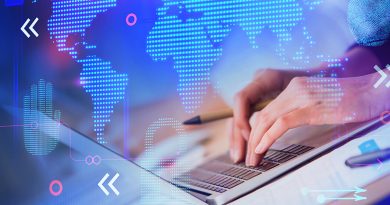 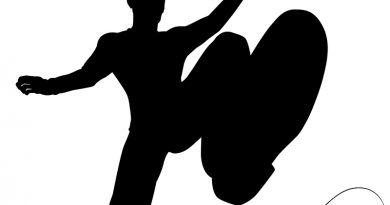 Stomping Out Security Risks in the Office of the Future 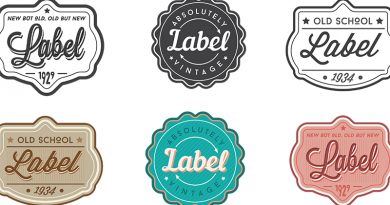 Can Dedicated Scanners Be Part of an MPS Offering?