I had the opportunity to attend the Executive Connection Summit in Scottsdale this past week, which was hosted by Technology United – a unique consortium of solution providers in the imaging channel. As if setting the tone, that unique quality permeated the entire event, starting with the hip, retro venue, crossing over to a dizzying array of speakers with highly diverse backgrounds both in the channel and outside it, and ending each evening with fun and unusual dinners.

There was such a large amount of information shared at this conference that I’ve decided to focus on a few speakers in this particular blog and tie those presentations to a soundtrack. Why? I’m not sure, but each song was there in the background. And if you don’t like the soundtracks, never fear: there is more music-free BPO Media coverage on its way.

Half a trillion dollars earns you a lot of street cred

I imagined myself as my media idol Kara Swisher of re/code sitting in that conference room – the presenters represented a total market cap of more than a half a trillion dollars. That is an awful lot of market power and just being able to sit in the same room with that much influence gave me goose bumps.

Here’s how the largest four companies presenting break down according to current total market cap:

Given the companies just mentioned, you would think the soundtrack would be Money by the O’Jays, but the focus was actually on the SME market and innovation.

Kevin Gilroy, senior vice president, Indirect Channels of SAP Global kicked off the event by talking about the SME and what Gilroy calls the technology inflection point. As expected, the cloud is an integral part of helping SMEs build a next-generation business and companies are looking for simplified solutions and technical guidance in order to get there.

Gilroy’s presentation had me thinking about the cloud and the energy and excitement of the early Rolling Stones, and this was the song playing in my head (see if you can guess what it is before clicking).

Gilroy talked about the importance of rapid deployment and predictable engagements for the SME space and also stressed the need to develop a system for and way to leverage knowledge transfer. SAP and its 16,000 partners are helping companies accomplish these goals every single day.

I am preparing a feature piece on Gilroy for the December issue of Workflow magazine to dive a little deeper on these themes.

Not to be outdone, Tod Pike, senior vice president of Samsung Electronics America was next on deck and discussed the dealer’s role in the connected enterprise. Samsung used the connected theme to great advantage at their annual dealer conference in Dallas in September, in their excellent new “Smartify” ad campaign, and now followed it up nicely in Scottsdale. The Stereo MCs had a huge hit in the early ‘90s with Connected, and there was no way that song would stop playing in my head.

Pike focused on the user experience, the importance of good design and the opportunity in mobile print – cloud-based printing will reach over a billion dollars in 2015 according to Pike.

Samsung’s engagement with FORZA, the SAP Business One vertical solution by MWAi wrapped up Pike’s presentation. Samsung has integrated its XOA platform into FORZA, making the ERP available in its products, and Pike sees a huge opportunity for dealers to leverage this vendor-agnostic technology. It provides a streamlined solution for remote device and fleet management, with real-time discovery, monitoring and also service, procurement and billing.

BPO Media’s chief analyst is Robert Palmer, whom we have already given the pseudonym #RockStarAnalyst on Twitter, much to his chagrin, although I personally think he is secretly delighted by the moniker. I will not stop using it. And now I can’t because it just intersected with our clients. Would you believe that Sharp wants to be the “irresistible” partner to the dealer? Doug Albregts could certainly have had no idea how unfair it was to unleash that word into my head, so join me in listening to Simply Irresistible while I recap.

Doug Albregts is Sharp’s president and has been on the job there now for about three years. I had the opportunity to sit down with him one-on-one for an interview that will be in the January issue of The Imaging Channel and during that time I got the distinct impression of him as the modern CEO – one our industry really needs right now. He is part techie, part maverick and thoroughly engaging. His presentation at the conference combined personal stories, a dramatic reading and hard statistics, all with very little PowerPoint. The audience was enthralled and it was another great moment on stage at ECS. Doug Albregts is Simply Irresistible as he performs presents

In an industry that hasn’t seen a lot of growth, Sharp’s operating income is showing triple digit percentage growth according to Albregts. He identified service as the Holy Grail for maintaining margins and pointed out that Sharp’s new cloud-based tool, MICAS, allows dealers to manage their mission critical service activities with precision. MICAS has been integrated into FORZA, which was a great tie-in for event co-hosts MWAi and their SAP solution. Albregts was able to symbolically summarize all the important themes of the conference – innovation, connectivity and simplified solutions – in a heartfelt and elegant presentation that really resonated with the audience.

Speaking of heartfelt, elegant and yes, unique, let’s not forget the event’s host, Mike Stramaglio. He pulled it all together, and he did it his way.

Patricia Ames has more than a decade of experience in publishing, and is currently president and editor-at-large of BPO Media, which publishes The Imaging Channel and Workflow magazines. Ames has lived and worked in the United States, Southeast Asia and Europe and enjoys being a part of a global industry and community. Follow her on Twitter at @OTGPublisher or contact her by email at patricia@BPOMedia.com. 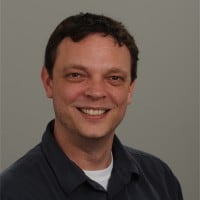 HP Inc. — Will It Make a Difference?

Cryptocurrencies: Bigger Than Analog to Digital