When viewed historically, advancements appear like a bolt of lightning — sudden and clear, impacting everything with overwhelming popularity and acceptance. But it is never that simple, never a flash in the pan. Here is a quick timeline of some of the greatest business advancements in history:

Paper evolved over thousands of years, but the printing press is still in transition. The personal computer, Windows and the internet evolve and change almost monthly. The advent of social networking and popular peer-to-peer connectivity has facilitated a shift from centrally controlled business, manufacturing, social and political structures to something different; something flat, more shoulder-to-shoulder, less top-down.

The good news is, we’ve been through this before.

From frontier to statehood, animal power to machine, farm to factory — our evolutionary pattern shows expansion followed by contraction. We build monolithic structures of rule, then revolt and dismantle the same apparatus. Past icons of industrial prowess like GM, IBM and Xerox today struggle for relevance as the power shifts to their customers.

It is the way of things.

Yet, of all our institutions, financial pillars stand the test of time, surviving the horrors of war and standing through social upheaval. Banks fall, but banking remains. Mortgage lenders fail, but mortgages continue. Companies fade from the stock exchange, but markets endure. Besides total war, little has threatened the centralized banking and financial colossus — until now.

“The blockchain public ledger technology (which underlies cryptocurrency) has the potential to disrupt a wide variety of transactions, in addition to the traditional payments system. These include stocks, bonds and other financial assets for which records are stored digitally and for which currently there is a need for a trusted third party to provide verification of the transaction … .” The key phrase here is “trusted third party to provide verification”; with cryptocurrencies, verification is provided via the network of users — not the banks.

We live in a trust economy, exchanging a flat currency for goods and services. We believe a dollar is accepted as payment around the world. We can’t take our paper currency to the bank and demand a dollar’s worth of gold, or silver, or two pigs and a goat. The bank holds our personal wealth and the government controls the value of our paper.

A distinguishing aspect of cryptocurrency is decentralized self-regulation. With the help of a blockchain scheme, coins and tokens are traded and verified via a peer-to-peer network. I’ve oversimplified cryptocurrency; my point is that this method allows multiple sources the ability to verify the value of any coin. In one word: transparency.

Current financial systems are centralized and, by design, not transparent. The banks, investment firms and governments will do everything to maintain centralized control of currency value and monetary policy.

This is the reason so much negativity is coming from the financial sector. Whenever you hear about a company or entity creating their own cryptocurrency — take Kodak for example — it isn’t true. Remember, a cryptocurrency does not have centralized regulation; it is peer-to-peer. By definition, a company can’t have its own cryptocurrency.

Here’s how the attack will come from the establishment: First, somebody will criticize and question the legitimacy of every cryptocurrency. Then, after the process is understood, these critics will accept and even promote the new system, becoming part of the movement. Finally, once the establishment is entrenched in this “new” vehicle, these hollow supporters will create a separate cryptocurrency system in their image, causing the once new and anti-establishment idea cave in upon itself.

Why is this important to you, the copier/printer selling professional?  I doubt very much you’ll start accepting bitcoins as payment. Should you start incentivizing in cryptocurrency? Are your clients and customers scrambling to know if your device can photocopy blockchain-based contracts? No. This tidbit of knowledge is sent to you as a point of interest — there isn’t a sideline in the coming battle. Foundational turbulence in the financial establishment effects every one of us. The more you know, the better.

Until you hear of a lease company implementing smart leasing contracts, don’t worry about accepting bitcoins.  For now, keep looking for adjacencies like HVAC as a service, energy management and 3D printing.

is an entrepreneur and founder of the notorious destination site TheDeathOfTheCopier, where he comments on all things imaging, the rise of managed services and the advance of business technology. A prolific writer and frequent speaker, Greg shares his passionate, unique – and often provocative – view of technology and people, addressing the impact of digital on 21st century business. His 2014 book, Death Of The Copier, offers a controversial summary of the early days of Managed Print Services and the not-so-distant future of the hard copy industry. Reach out to Greg at greg@grwalters.com.

is an entrepreneur and founder of the notorious destination site TheDeathOfTheCopier, where he comments on all things imaging, the rise of managed services and the advance of business technology. A prolific writer and frequent speaker, Greg shares his passionate, unique – and often provocative – view of technology and people, addressing the impact of digital on 21st century business. His 2014 book, Death Of The Copier, offers a controversial summary of the early days of Managed Print Services and the not-so-distant future of the hard copy industry. Reach out to Greg at greg@grwalters.com. 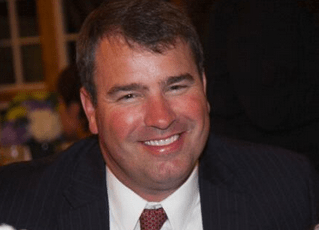 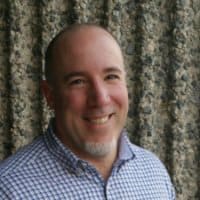 Sales Transformation: What Does it Really Mean?

In Praise of Incompletion

Is Hardware Limiting Your Sales?

The Rumors of My Death Have Been Greatly Exaggerated