The rumor mill is persistent when it comes to Clover, so it doesn’t come as a huge surprise that something was afoot. Now that something has materialized, we wanted the facts, so we spoke exclusively to Clover Imaging Group’s Jim Cerkleski and Eric Martin, both of whom are excited about the changes and a renewed focus on the imaging channel — Clover’s core business.

“We have completely different management teams on the wireless side, and the original management team that started and built imaging is moving forward with imaging … The gang is back together, and we are going to be a force to be reckoned with,” Martin says.

“The gang” is a formidable one, dating back to Clover’s founding in 1996. When Cerkleski became CEO and majority shareholder of Clover Holdings, the firm had just 30 employees and revenues of $1.2 million.

But by 2005 things really began to take off, as Clover began its string of acquisitions that have continued almost nonstop since. Its first major acquisition was Dataproducts, and shortly afterward came Thoroughbred Technologies and Recycling Standards; Clover Vietnam was founded the same year. In 2007, Clover acquired Cartridges Are Us and GRC, and in 2009, NER, Image1 and Australia Toner Cartridge.

Then came 2010 and Golden Gate Capital. The giant private equity firm became an equity partner, and an acquisition of remanufacturer West Point Products along with Pinpoint and ERS grew the company — by 2011, global revenue exceeded $500 million. Several more acquisitions followed including Reclaim IT, Depot America, OPRA, TRS, The Wireless Source and Full Circle Wireless. Clover Wireless formed in 2012; the next year revenue exceeded $1 billion. In 2014, Clover acquired one of the largest remaining remanufacturers, MSE, and the next year formed Clover Imaging Group, which made its most recent acquisition, remanufacturer LMI, earlier this year.

And while there is an element of back to basics for Clover with the separation from the wireless group, the landscape is drastically different than it was in 2012. “When we first started, we were focused on the office products channel,” recalls Martin. “But now we’ve also become the dominant player in the BTA, IT VAR and MSP channels. We’re going to be highly focused on helping our dealer partners increase growth and penetration with MPS and our other services.”

Martin also wants to focus on reaching the end user – not for sales, but for education. The remanufacturing industry has always had the advantage of the environmental card, although for years public interest in that card was halfhearted at best. That, clearly, has changed. Remanufactured cartridges, says Martin, are one of the only products that reduce an organization’s costs and increase dealer margins when moving to an environmentally sustainable product.

Clover’s R&D department is ready to compete. “We invest more in R&D in a year than our competitors combined,” says Cerkleski. “With the split, we can now focus the whole R&D team and that capital investment solely on the imaging business.” Part of the focus is creating jumbo SKUs in both mono and color to ensure the lowest cost per print in the industry, “no matter what program an OEM comes out with.”

The Clover team is not only ready to take on 2020’s challenges, they’re ready to help dealers do it as well, assisting with MPS, artificial intelligence and machine learning, hardware, financing programs, inbound marketing and website development. “We’re really becoming the back end for all of these companies,” says Martin. “When you go to our new website, you will see this partner-centric approach communicated front and center with our new tagline, ‘Success in Partnership.’ We are going to aggressively invest in solutions to help our dealers grow.”

“Clover’s executive leadership team, in partnership with NEP, will once again control the destiny of the company we built — demonstrating our unwavering commitment to the success of the business and our shared confidence in the aftermarket imaging supplies industry and consumers’ demand for environmentally conscious products like ours,” says Cerkleski. “Under our new, very low debt structure, we have a lot of flexibility moving forward and are well positioned to write the next chapter for Clover Imaging Group. We could not be more excited about the growth opportunities this new capital and partnership will provide.”

The transaction is expected to be completed within the next month. Clover Imaging’s management team, including Cerkleski, Martin and George Milton will continue to lead the business, which will remain headquartered in the Chicago area. 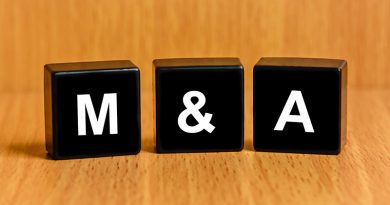