In September, I was honored to host an OEM panel at the Select Dealer Group meeting in Chicago. I was joined by Kevin Kern, senior vice president, Business Intelligence Services and Product Planning at Konica Minolta; Mimi Evenson, national channel manager, MPS and solutions specialist and IPG technical consultant at HP Inc.; Jim Morrissey, vice president of Sales Document Technology Partners at Xerox; and Jim Coriddi, vice president, Dealer Division at Ricoh. For nearly two hours, we covered a lot of ground, from growth and strategy to mobility and security. But just because only a few got to see the event live doesn’t mean you shouldn’t get to hear about it, too. So allow me to share some highlights of my panel at the SDG meeting. We started the conversation talking about growth strategies as they specifically relate to manufacturers.

Ricoh’s approach, according to Coriddi, is about positioning the MFP as a hub and using software, firmware, and the cloud to add value and help build customized workflows — all of which can add revenue to the bottom line.

Next, Morrissey gave us the lowdown on Xerox’s approach over the next three to five years. “Xerox has decided that they’re focusing on five points of distribution and five channels,” which he listed as agent, enterprise (Xerox Direct), Velocity (CDW, etc), dealer and IT and then Global (GIS). And Xerox doesn’t plan on picking any winners, either. He told us that Xerox “won’t treat one channel better than the other” in the pursuit of their ultimate goal: more market share.

HP Is focused on megatrends — namely, urbanization and the shifting demographics in the workforce. “Soon, millennials and Gen Y are going to make up about 62 percent of the workforce,” said Evenson. “HP is putting together new products and services and new revenue sharing opportunities for the dealers in order to help you adapt your company to not only employing those generations, but how you’re actually going to sell to them.”

Kern had a few things to say about Konica Minolta’s strategy. He sees using the cloud and growing services and solutions around the MFP as important facets of growing the business. “I think we see ECM and content management as a big play. Our business will be 60-plus million dollars net this year, and we’re reselling to our dealers as well,” he said.

Next, the panel told us about the other revenue streams they’re pursuing in order to continue to help dealers grow.

“As manufacturers, it really is our responsibility to bring new revenue streams into print,” said Evenson. One of HP’s plans is to leverage consumerism to socially engineer a demand for print in the workplace. HP hopes that consumer print products like the HP Sprocket can foster younger generations to embrace print. She noted a new service available in the spring called HP ROAM, which is a subscription service that provides customers with a consistent, on-demand mobile print experience. Evenson also spoke about security, and how service providers can cash in on providing security services. “I think that the next wave is charging for security assessments, and really getting crisp on being able to go in and identify security vulnerabilities, and asking your end-user customers to pay for that service,” she concluded.

Coriddi said that Ricoh added some new visual communication products, and have production and professional services offerings too. But it’s not just their offerings that are going to help dealers grow. He said that the company made changes “to make the dealers much more front and center in Ricoh’s overall global marketing strategy.” Coriddi says that the growth will come from Ricoh working strategically with partners in order to provide the resources dealers need to deliver value to customers.

Kern noted that there is a good market out there for disaster recovery solutions. He told us that “most small to medium businesses have no disaster recovery plan,” and that having one is “going to be a become a bigger and bigger deal.” He also talked about how Konica Minolta plans to build on top of its core business. The company is spending resources on industrial print and flexible electronics printing, for example. He pointed to Amazon, and how they are transforming how customers check out at brick and mortar stores. “Every package is going to have chipless RFID in it at some point. These are marketplaces where you want to get in early. And what we are doing to try to help the dealers is, we’ve taken a lot of the upfront cost ourselves. We have channel agnostic support engineers here to help the dealers develop these new areas of business.“

To Xerox, dealers don’t need more products to grow — they just need to learn how to survive in a much more complicated industry. Morrissey said that today’s devices aren’t just copiers anymore, and that dealers need to understand the complexity of the changing technosphere and simplify it into a solid business model. Xerox wants to tailor business plans with their dealers, and help them determine where they want to grow and where they should invest.

Next, we shifted the conversation toward how each OEM is preparing for changes in the industry brought on by digitization, and what conversations dealers should be having with OEMs to benefit from future opportunities. Most of the responses involved security, the cloud, and software and services around the MFP. But perhaps the most interesting response was from Kern. He explained that the OEMs invested a lot into digital up front, so they are prepared for the changes coming. The real differentiator now is how you use data. “We don’t have ‘buy one, get three free’ marketing people anymore,” he said. Instead, Konica Minolta uses data science. It’s an industry game changer and leveraging your data properly can increase not only your success rate, but also your margins in a deal by high single digits.

The panel presented a unique opportunity to peel back the curtain, and hear high-level executives from some of the biggest players in the game talk about the things that matter most to dealers. While the OEMs all have similar growth strategies — developing better software and services around the MFP, and supporting their dealers — they also have their subtle nuances. But what was ultimately apparent is that the OEMs aren’t afraid of the disruptive technology and the challenges that are transforming the print industry. Instead, they see them as opportunities to grow by helping dealers help their customers (and of course, increase their own profits, too). 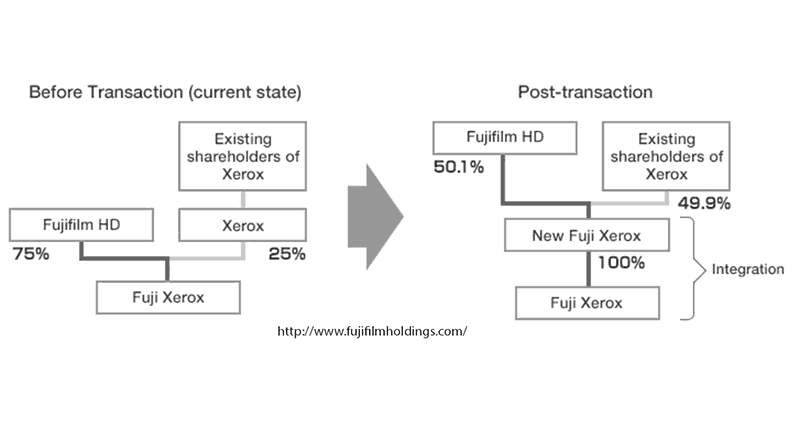