The MSP world gathered in August at the Bellagio in Las Vegas for CompTIA ChannelCon 2019. There was an interesting keynote, a hilarious fireside chat, training sessions, plenty of panels and presentations, an excellent technology fair, and a ton of networking events. There was even a throwback vibe to the 80s in the lounge area with some pinball machines and arcade games, including my old favorite, Centipede — where I may or may not have appeared on the high-score leaderboard. Twice.

Famous spy hunter and subject of the 2007 Breach, Eric O’Neill, delivered the keynote, recounting how he was able to catch Robert Hansen. He also discussed some of the security problems that we face today. On the final morning of the event, hall of fame basketball center Shaquille O’Neal joined CompTIA’s President and CEO Todd Thibodeaux. Shaq talked about his success on the court and later as a business owner, investor, and endorsement extraordinaire. He also sang the General auto insurance jingle and while I didn’t know this was something I needed to experience in my life, it turns out I did. Shaq was also quite complimentary of CompTIA President and CEO Todd Thibodeaux, who is, apparently, as ageless as Tom Cruise.

State of the Industry

Thibodeaux got things started in earnest on Tuesday morning, with his focus on the not so distant future. He discussed how an array of emerging technologies are going to change the industry and announced a new initiative to help office equipment and IT dealers and service providers adapt. Afterward, Thibodeaux and CompTIA’s EVP of Industry Relations, Nancy Hammervik explored the big data, AI, and IoT spaces with experts from the industry.

Dealing with the future. We’re witnessing the birth of some amazing technology: AI and machine learning, big data and analytics, autonomous transport, smart cities and IoT, 5G, virtual and augmented reality, robotics and bionics, renewable energy … the list goes on. Throughout history, you’d be lucky to live through the discovery of just one groundbreaking technology. But in recent human history, we’ve never seen so many innovative technologies at one time. In the not-so-distant future, Thibodeaux believes that the tech jobs of the future will be in the areas mentioned above.

As a response, CompTIA will launch the Future of Tech, a new portal that can help those in the channel engage with these emerging technologies. The framework is built on five pillars: lobbying, education, certification and training, industry promotion and member and industry engagement.

IoT. At the moment, there are over 7 billion Internet of Things (IoT) devices deployed across the globe, and that number is growing fast. According to Rory Jackson, a ChannelCon Channel Changer, the IoT market should be worth $11 trillion by 2025. But there is a problem. These devices are often incredibly insecure — so much so that Jackson refers to the IoT as the Internet of unsecure Things (IouT). So if you’re looking at using IoT technology, security will be a big concern. Jackson said that if you’re interested in deploying the technology, then you’ve got to develop a strategy: research your devices and find insecurities.

Big data. Customers want insights into their business, and the answers they’re looking for are right there in the data … somewhere. Nelli Scott Senior, Global Channel Development Manager at SAS, discussed just how much data exists — there is a statistic that says by 2020, every person will generate 1.7 megabytes in just a second. This data is incredibly valuable — digital gold. It’s not just the data, though, but what we’re doing with it.

Scott said that data and analytics technology is dropping in price and becoming more effective than traditional data analysis methods, which creates an opportunity that businesses might find worthy of exploring. She said that you should partner with businesses that are willing to invest in you and your company’s growth, and those who best align with your strongpoints.

“The recurring revenue model is there. People would rather pay monthly than outright buy the solution — they just want results. There are a lot of components of the solution you can bundle in as a single line item on a customer’s budget,” said Scott.

I have occasionally had strong reactions to “women in” events, but there are ways to do it right, and CompTIA’s Advancing Women in Technology Community is a good example of that. In addition to the awards and recognition of leaders in the community, there was a presentation by Tracey Welson-Rossman, founder of TechGirlz, an organization that inspires middle school girls to explore the possibilities of technology to empower their future careers. Welson-Rossman had some fascinating and slightly depressing statistics — for instance, she noted that girls typically start self-selecting out of tech around 9th grade, and that is a statistic that hasn’t changed in 10 years. TechGirlz has worked with more than 20,000 girls to try to change that.

Real-world drone implementations and best practices. John Vernon of DroneUp and Adam Gittins of HTS AG shared how businesses can make money in the drone industry. According to Vernon, businesses are using drones to do everything from assessing large parking lots and the roofs of buildings to short-haul gas line inspections and large tanks. Gittins explained how drones can be flown over fields to create 3D maps that can provide insights that farmers couldn’t see with their naked eye. For example, 3D images can be created to determine what percentage of the crop was damaged by wind.

Blockchain: Hype versus reality. Adam Lesh, a member of CompTIA’s Blockchain Advisory Council and Neeraj Sijita, CEO/CTO, Concordus Applications,  took the stage and made the case for why we should care about and use blockchain technologies. A lot of people are intimidated by blockchain. And who can blame them? It’s complicated.

But forget about how it works for a second, and consider the benefits that Sijita and Lesh say that the technology brings to the table.

A couple of other highlights

Another cool event was a field trip to Switch, the largest data center in the U.S. The Las Vegas campus has a capacity of up to 3.5 million square feet of data center space and houses the data of some of the world’s largest companies, including Disney/Pixar and eBay. We weren’t allowed to take pictures, but you can take a peek on their website (the IT folks on the tour with me assured me it was much nicer than most of the data centers they spend time in on a regular basis).

And finally, since I started out by bragging about my mad Centipede skills, I’ll end with another brag — this one about the fact that, after talking about it for about 10 previous ChannelCons, I finally participated in the official fun run. Did I come in last? Pretty close. But I got up at 6 a.m. and did a 5k around the Bellagio and I am posting this picture (courtesy of CompTIA) online for posterity. 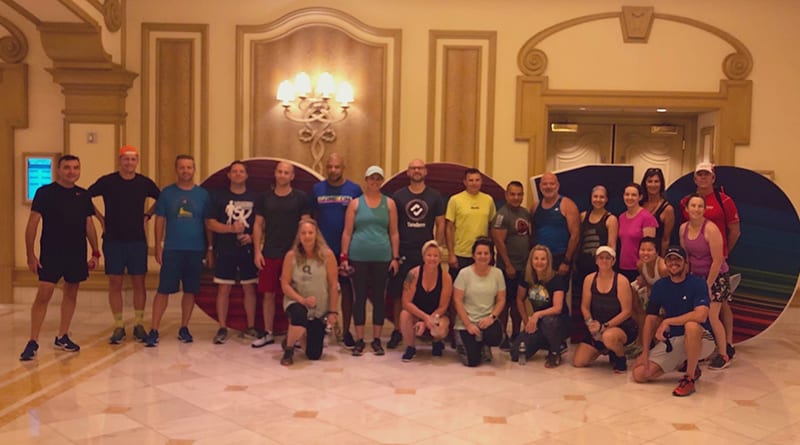 Once again, ChannelCon was fun and educational. But as we left the convention center, we couldn’t help but think about what future ChannelCons will be like. Will there be drone rides? Will self-driving cars pick us up from the airport? Will there be tracks about how dealers and resellers can grow their robotics business? Will an AI be the keynote speaker? We can’t tell you now. But we will when we get there. 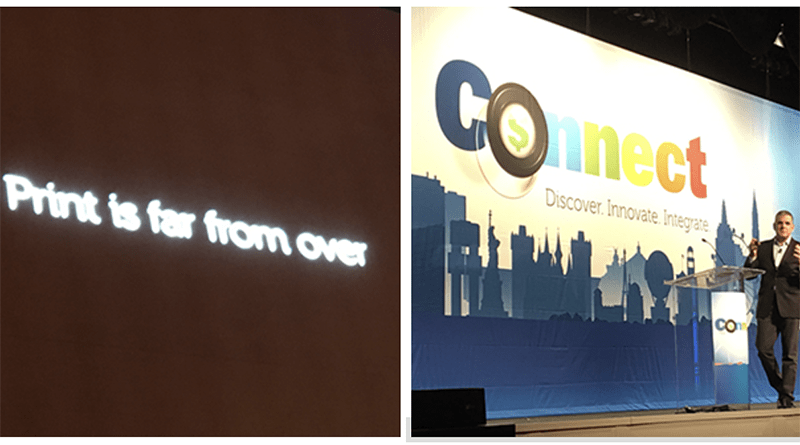