The last few years have seen several of the major printer/copier OEMs debut sophisticated page-wide array inkjet-based platforms targeted at the office — hardware that ostensibly directly competes with their own existing electro-photographic laser/LED-based products. Of course, Canon is no stranger to either inkjet printers or marketing inkjet printers in the office – the firm was an innovator of the thermal printhead “Bubble Jet,” celebrating the  30th anniversary of the world’s first inkjet printer to employ Bubble Jet technology – the BJ-80 – in 2015. Over that time, Canon has sold many versions and iterations of its Bubble Jet hardware including entry-level models aimed at the home, several portable models, a range of office printers/MFPs and dedicated fax machines, and production-level sheetfed and continuous feed inkjet models such as the Océ ProStream/VarioPrint/Jetstream/Colorstream Series that the company inherited when it acquired Océ several years ago.

What Canon has not offered until now, however, are inkjet-based models in formats and performance ranges directly targeted as alternatives to laser printer/MFPs in the office. Canon’s competitors, including HP, Epson and Brother, have brought high-speed inkjet-based models directly targeted at office mid-segment copier/MFP applications to market. Notably, HP’s full-color PageWide offerings have been available for several years in both the IT/VAR and the BTA channels, offering very fast output speeds while touting lower cost-per-page values compared to toner-based machines, while Epson made a major push into the same space with 100 ppm and 75 ppm versions of its full-color, inkjet-based WorkForce Enterprise series, also promoting low CPPs and reduced energy costs. In 2013 Brother released the 100 ppm HL-S7000DN Professional High-Speed Workgroup Printer – though that mono-only model is now discontinued.

“Canon is being bullish in its mission to insert inkjet technology into the office,” said Kazuto Ogawa, president and COO, Canon U.S.A., Inc. in a prepared release. “We sought to create new A3 multifunction printers that would bring intuitive inkjet technology to the B2B workforce. Intentionally designed for a low total cost of ownership, and little to no maintenance requirements, the series creates a compelling value proposition for businesses tight on resources that still desire high-quality, high-speed printing.” The release outlines the target user as “… those tight on time and resources,” noting that, particularly in small-to-medium sized environments, it becomes essential to implement office equipment that requires minimal service and can help employees utilize worktime efficiently.

A newly designed ink formulation with a low surface tension allows the inks to absorb into the paper in a short amount of time, helping to minimize smearing and bleeding.

Canon says the devices incorporate a smooth, gently curving paper feed path that helps limit the frequency of jams, and all WG7200 models support a wide range of media, including envelopes, paper sizes from 4×6 up to 13×19, matte photographic paper, a wide range of paper weights, and automatic paper size detection capability.

Consumables for the WG7200 Series include:

Canon states that a number of WG7200 Series machines are in the field at the moment undergoing usability and functionality testing. Canon’s marketing team explained that the WG7200 Series will be available later in Q1 of 2019 – which could mean as much as a five- to six-month window from the formal public announcement to initial production shipments. Companies often take that approach to generate prospective buyer awareness and interest in the new offerings before they hit the streets – with the goal of generating marketing momentum early in the product life-cycle by getting WG7200 series machines in the consideration set for buyers looking at bringing high-speed inkjet into their offices. As a late entrant in this category, a marketer must concede that current players HP and Epson have been readying prospective buyers with the overarching message that it is time for businesses to take a look at the advantages of high-speed inkjet when considering their next high-performance laser printer/MFP purchase. Further, scheduling a public product announcement many months before shipment availability has often been a strategy used when targeting IT buyers in enterprises – buyers with long evaluation and consideration processes – and when an OEM needs to make ready a marketing/distribution and service capability in the channel prior to first deliveries.

As it turns out, however, conventional launch strategies don’t apply to the WG7200 Series in Canon’s mind.

The positioning of the new series is a bit different from that of its likely OEM competitors. The product release notes that the Canon WG7200 Series “… offer consistent, high-quality output through user replaceable consumables and Jam Defying Design. Their self-serviceable designs (italics are ours) can help offices boost workflow productivity and maximize uptime.” By and large, Canon’s  immediate competition — HP’s PageWide and Epson’s Workforce Enterprise models — are positioned on attributes such as low cost-per-page (especially in color) and cost of ownership, very high print speeds, reduced user interventions through the use of high capacity consumables and paper trays, and lower energy consumption than laser printers – all appropriate descriptors for the WG7200 Series as well.

It should immediately strike the reader that a major OEM marketing a new high-speed office printer as an alternative to conventional dealer-provided and serviced laser offerings, but one that is designed and positioned to require little to no maintenance and be user serviceable, creates little tangible need for a dealer at all. Well, if you came to that conclusion, take a bow, because technology aside, the big news for Canon’s WG7200 Series is the channel plan for marketing it – which is no channel at all. Canon explained that it intends to set up a manufacturer direct website and portal that will take direct orders for the new WG7200 Series models. It’s OK if you take a minute and go back and read this paragraph again – we’ll wait.

Catch your breath? Good – we’ve been pondering why a long-time dealer channel champion would choose such a different strategy for a new and important strategic product launch. As a volume leader in the dealer/laser-based channel arena, Canon may have felt that the WG7200 Series (and its lower TCO) could – and likely would – cannibalize its mainstream electrophotographic sales – with the dealer channel deciding which technology to sell. Of course, by selling direct to users, no matter how you cut it, any sales of the WG7200 series will cannibalize share (and pages) from electrophotographic sales (Canon’s own and others) anyway – and take sales which would, under ordinary circumstances, be sold and serviced by its existing dealer channel.

In some circumstances, a new product has very specialized sales or service requirements which cannot be handled by a dealer – and therefore must be sold and serviced direct. It does not appear that the WG7200 Series qualifies in that regard.

Sometimes the decision to sell direct is forced on a producer when the cost to produce its product would drive an eventual end user price that would make the product uncompetitive when a dealer margin/markup is factored in. There is no way to know right now if that is a factor for the WG7200 Series.

Regardless of what the company offers as a rationale or explanation for this huge shift in its distribution strategy, any explanation must be credible and defensible, and able to withstand the hard questioning that is certain to come, such as “Both HP and Epson sell their inkjets through the dealer channel — why doesn’t Canon?”

We asked Canon what issues were behind the decision to sell direct, initially anyway. The company commented, “Although desktop inkjets have experienced strong growth in SMBs and home-based offices, inkjet in the office for this classification of device (segment 4 MFPs) is still an early-adopter phenomenon. A direct sales channel allows Canon to build relationships with customers and develop learning for more effective marcom and future product planning. Canon values the solution offerings, market reach and expertise of the BTA dealer channel but for our first phase of market introduction, prefers a channel that gives us a close relationship with the end user.” Reading between the lines, we surmise the primary goal here may be to help the company to understand just how much of a threat inkjet really is to laser printers – by understanding what applications they will be used for, what the decision-making process is between laser and inkjet, the messaging of each technology, and profiling the buyer segmentations for ink vs. laser, or, where the segmentations overlap.

By selling direct, Canon deprives its dealers of what appears to be a very competitive inkjet product line. If competitive inkjets do begin to cannibalize electrophotographic sector sales (HP’s and Epson’ offerings have been around long enough now to have some inkling of buyer acceptance), Canon is effectively forcing its dealers to carry one of Canon’s competitor brands (HP, Epson) to satisfy any end user demand for inkjet generated by HP’s and Epson’s inkjet marketing campaigns. And, of course, unless Canon plans to do no marketing whatsoever for the WG7200 Series – which is unthinkable for a marketing strategy that sells directly to the user/buyer — it too will be touting the benefits of the new machines in an end user targeted marketing campaign.

What about service? What if an end user’s WG7200 Series goes down and the user serviceable modules don’t fix it? Who will fix it? Canon offered the following statement regarding service for these machines, “The Canon WG7200 Series Inkjet MFP has a one year or 300,000 print warranty (whatever occurs first) and the customer can contact our U.S. based call center (Canon Information Technology Services) for support. The WG7200 Series MFP is designed so that common parts that might fail are easily replaceable by the customer. In the unlikely event that on-site servicing is required, Canon will dispatch a service technician. The warranty of the product can be extended with an optional Canon CarePak for 2-4 years, which would provide a maximum of up 5 years service and support.” So, Canon is taking on the service responsibilities for the WG7200 – an unusual strategy for a major OEM targeting a new product to small and medium businesses. 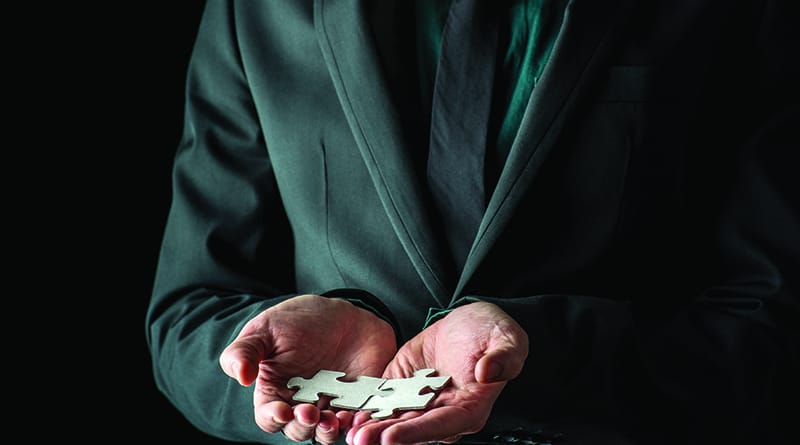 Are Business Inkjet and the SMB the Perfect Match? 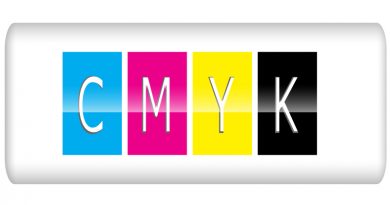 Fast Prints, Bright Colors and Low Interventions: Inkjet and The Office Go Together 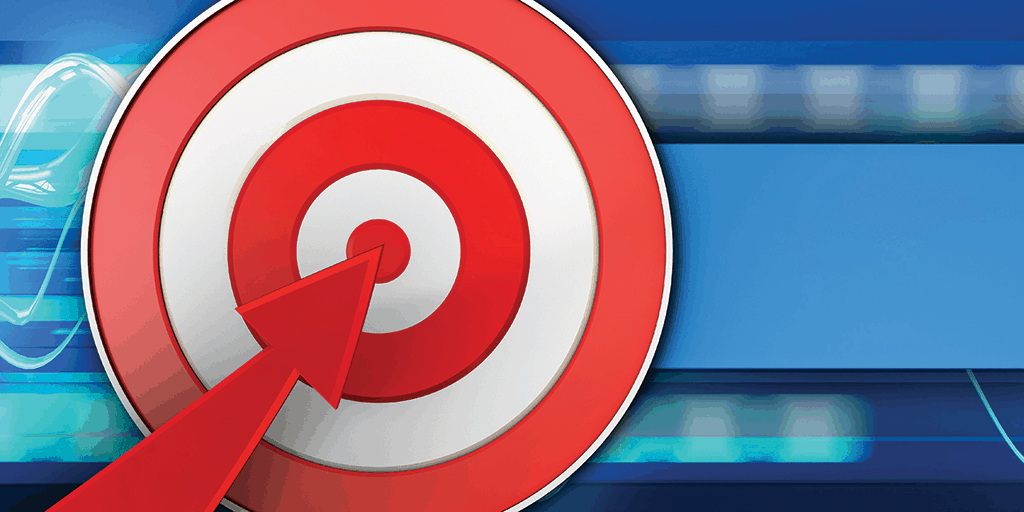 Business Inkjet in the Office

Business Inkjet in the Office

Does Business Inkjet Need Software to Get Respect?