I’m heading home suitably impressed after visiting the Canon Expo in New York City this past week. Canon hosts these events every five years (or quinquennially, in case you’re not inclined to Google). Analysts were treated to a dizzying array of technology – some newly released, some still in development.  Office technology was only a small part of this event which spanned medical imaging, surveillance solutions, photography and cinema, microscopes, telescopes and anything else their superb lenses, sensors and semiconductors can facilitate. First the bread and butter – on the office equipment front, Canon announced five new imageCLASS laser multifunction printer models at the event, and for the enterprise, the imageRUNNER got an updated workflow solution.

The largest Canon dealers in the nation were all in attendance, as well as the technology companies that make it all possible, including a sighting of Guy Gecht — rock star CEO of EFI, seen in the picture below. What really made me think, however, was Canon chairman and CEO Fujio Mitarai’s keynote address. Canon has a market cap of about $33 billion and is in the top 100 most valuable brands in the world according to Forbes, which left me all the more surprised at the message delivered. It was about partnerships and collaboration, unexpected given Canon’s dominant position. And humble.

One of the biggest challenges for large, well-established corporations is to try to keep it fresh; to maintain a spirit of innovation and nimbleness within the corporate ether so employees stay motivated to create. Canon is clearly working to channel this creative energy, evidenced in their latest showcase.

The keynote broadcast a message of focusing on challenging the status quo, innovating, taking risk beyond imagination. Mitarai said that Canon views the U.S. as the most important market of the 21st century. A soundbite I loved was his statement that the Internet of Things (IoT) depends on the “Imaging of Things.”  Apparently, 87 percent of all the information that human beings receive from the outside world is processed visually.

The Internet of Things depends on the Imaging of Things, said Canon CEO Fujio Mitarai

The explosion in image sharing via smart phones and social media opens up all kinds of new possibilities for Canon. Mitarai maintains that no one is better positioned for these applications than Canon, an expert in imaging technology, sensors and processors. He feels that it is these technologies that keeps Canon ahead of the competition, yet also increases demand from users wanting to showcase their images.

It’s a powerful message. The crux was even more powerful — he strongly believes the only way to succeed long-term is through partnership. The world has become too complex for a single entity to prevail. Despite the fact that Canon consistently ranks among the top companies for patents, they want to continue their record of innovation through partnering, and being a platform for new technologies.  “Your dreams are our dreams,” he said. “We can only do this together.”

Mitarai provided an interesting example to illustrate this idea of partnership. Network cameras are one of the fastest growing market niches for Canon. To capture that growth in security solutions and video surveillance, they partnered last year with Milestone Systems, a leader in video management software. This year, they partnered with Axis Communications, the world leader in network camera systems. These recent alliances enabled the Canon group to become the largest surveillance system company in the world. Milestone is a specialist in video management software and Axis is an expert in network technologies, and by combining all three companies Canon is able to offer the most advanced surveillance network solutions globally. They’ll be able to greatly expand the scope of their businesses ranging from airport city surveillance to global monitoring to industrial security. In what was probably the best line of the night, Mitarai mentioned that if you go through a red light and get a traffic ticket,  there is a good chance the picture was taken by a Canon camera.  He apologized, of course.

It was a unique event that focused on innovation and a bright future — refreshing, inspiring and full of possibilities.

Patricia Ames is an analyst at BPO Media, which publishes The Imaging Channel and Workflow magazines. Ames has lived and worked in the United States, Southeast Asia and Europe and enjoys being a part of a global industry and community. Follow her on Twitter at @OTGPublisher or contact her by email at patricia@BPOMedia.com.

The Billion-Dollar Question: Will Lexmark’s $1B Kofax Acquisition Work? 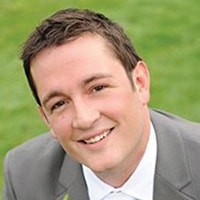 If You Don’t Capture Information Correctly, Why Store It?

MFPs? There’s an App for That