In the last installment of this blog series we looked at “grit” or “mental toughness” as a necessity for anyone looking to be more, create more or do more than the average person.  James Clear puts it this way: “In every area of life – from your education to your work to your health – it is your amount of grit, mental toughness, and perseverance that predicts your level of success more than any other factor we can find.” According to Angela Duckworth of the University of Pennsylvania, “Our hypothesis that grit is essential to high achievement evolved during interviews with professionals in investment banking, painting, journalism, academia, medicine and law.”

Christin Riordan, University of Denver lists these six elements of mental toughness in an article for Forbes.com:

I recall a hot Baltimore summer when I was new to sales, broke, married with a kid on the way, driving a black car with black interior and no air conditioner. New to the copier dealership, two of us made it through the basic training/washout process and had been working adjoining territories for a while. We partnered up once a week to go bang out as many door-to-door cold calls as we could manage. And then we would bang out some more. We didn’t have a lot of strength, but we did have some amount of ethics, a fair amount of courage, and enough resiliency to get up and do it again and again. As for, “sportsmanship” – he kept any deals in his territory, I kept mine. No splitting of sales. We wanted support and accountability from one another but we also wanted the competition.

Mental toughness expert Steve Siebold boils it down to these characteristics that I believe are the foundations of true grit and mental toughness:

Innately, most of us understand that we are going to have to roll with some punches, develop stamina, face fears, stay in the game, retain honesty and integrity, bounce back, be goal focused, take chances and never ever quit. But, how do you do it and keep doing it?

Step 1: Vision. Do you have a crystal clear picture of what the prize looks like? Great golfers train for countless hours. Over and over, they hit that little ball. Wake early, work hard, put in the hours. Thousands of hours of practice rounds. Why? So they can hit a perfect ball? Of course not! That’s not true victory! That’s momentary success. True victory is standing on the stage and getting the jacket. Pro bass masters don’t spend years perfecting a cast so they can watch the line land just where they want to. They practice and compete so they can hold up that basket and be declared champion. Athletes know exactly what victory looks like. For those of us in Kansas City, victory looked like a team returning home in a parade of more than 850,000 people all coming out to see the world champions. Be very, very clear about your vision of victory.

Step 2: Why. The “why” of your vision has to be compelling about all obstacles and challenges that will come your way. Is it bigger than just you? Does it get you so excited that you can’t wait to tell people about it? Do they want to join in or run away? It doesn’t matter which they do; as long as they aren’t bored and lukewarm you probably have something big and dangerous and exciting.

Step 4: Mastery. Depending on who you listen to, it takes 1,000 hours or 10,000 hours to master a skill. Who knows how long it will really take? It seems silly to put a number on the hours since it will vary with person and skill. The point is you never quit learning and pushing the ball down the field.

The “Big WHY” creates “The Big RESOLVE” which is backed up with MASTERY.

Recently I was on the “being pitched” end of the sales game. I represented a sizable piece of revenue for the pitcher and he knew it. He couldn’t differentiate his offer from the masses. Grit? I don’t think so! He might have wanted success and been able to see what victory looked like but he hadn’t mastered any of the basics. He hadn’t put in the hours. He hadn’t practiced at even a rudimentary level and yet he tried to compete. Crazy. Crazy, but all too common.

Can you see it, feel it, smell it, and taste it? If victory is not felt deep down inside, if you can’t see what success looks like, you can’t expect to ever get there, and frankly, you don’t deserve to.

And for a parting nugget of wisdom, we turn to Jesse Itzler, a guy who has no shortage of grit and doesn’t lack for boldness. In his book, “Living with a Navy Seal,” Itzler quotes the Navy Seal he hires to train him. “When you think you’re done, you’re only at 40 percent of what your body is capable of. That’s just the limit we put on ourselves.” This is from a guy who tore a quad and when told that he couldn’t clock out at 24 hours in the race, he taped himself up and finished the race … the 48-hour race!

You may not need to run a 48-hour race or do any Seal stuff, but the stuff you do have to do is no less important if you are determined to live a big life that is about more than yourself. Can’t hit your quota of net new biz because you don’t have time after servicing your existing customers? Piece of cake! You’re probably only working at 40 percent of what you are capable of anyway, which leaves a whole 60 percent more that you can do! 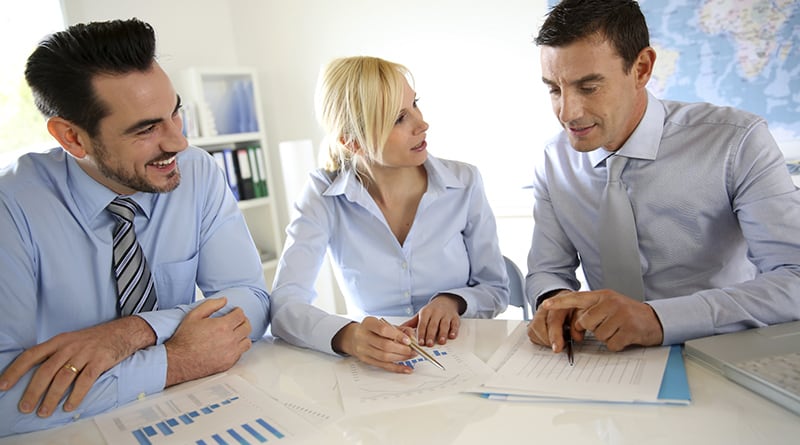 How Predictive are Your Analytics?