A loose partnership of investors including Greg Walters, a longtime industry veteran is rolling out a new workflow appliance that could help independent dealers win new customers and increase revenue and profits from their existing customer base.

Walters said the appliance’s managed print solution is an independent, automatic toner fulfillment system and data collection agent and is unaffected by Windows updates. It has no moving parts, connects to a network or can be used as a standalone workstation and provides SharePoint or hybrid storage on the device or through the cloud.

“We have installed advanced capture software and document management, workflow management as well as a DCA for MPS which includes automatic fulfillment,” he said. “All the tools that you typically think of with an entry-level document management system and MPS program are embedded on this device.”

ArcDrive uses scanning software from Scanshare and can serve as the starting point for independent vendors looking to initiate or build out managed print services engagements. It’s the universal functionality of the device and the reduced costs compared to similar appliances combined with dealers’ desire to bolster and expand their recurring service contracts that should make it an easy sell.

For TonerCycle/InkCycle, a Shawnee, Kan.-based provider of aftermarket toner and inkjet cartridges, the goal is always to deliver solutions to their clients that enable them to secure and protect existing accounts from the competition while also finding and implementing new services and tools that provide efficiencies and new revenue sources down the road.

“When I first saw what Greg and the team were working on at ArcDrive, I knew this would be prime for my independent dealer channel,” said Brad Roderick, Chief Revenue Officer at TonerCycle/InkCycle. “These dealers are fiercely independent and always under siege from the big guys.”

Roderick said the ArcDrive appeals to independent dealers who primarily target and service the SMB space, and because end users have been asking for this type of appliance and functionality for years – albeit without the heavy initial investment cost through other vendors – it figures to be a fairly easy sale when it hits the market.

“The end user has a lot of interest in automated workflow,” Roderick said. “They just need it in cost-effective ways. This is exactly what these guys have been asking me about for years.”

Walters said ArcDrive is designed to be simple, easy and price effective. It’s geared for dealers hovering somewhere in the range of $5 million to $20 million a year in sales – a market that has legitimate demand for this type of appliance and functionality but eschews lengthy and expensive technology implementations and training programs.

“If there are any devices on the network that are compatible with the software, we can embed those devices at the panel,” he said. We don’t have to but we can. Or we can just work with a standalone scanner and load the software up.”

For independent dealers, the continuous competition for MPS, hardware and services revenue forces creative thinking and a realignment of how sales teams approach end users with solutions. Some are just looking to archive while others want a full-blown, immersive workflow solution.

“The other thing is, with these dealers, if they’re still independent it means they have chosen not to sell,” Walters explained. “They haven’t joined a big group, which could mean either they don’t want to or they’re not attractive to those (acquirers).”

Walters says that ArcDrive can help dealers defend their base from retailers and other aggressive entrants to the channel like Staples, by embedding multiple services on one platform. He believes that a converged managed print services/advanced capture solution is relevant and more difficult to unseat.

“All we do is put those tools on one piece of equipment,” he said. “We’ve got financing already lined up with the lease so that it’ll be a rental. In effect, you could set up a 50-month rental and be out from under in 36 (months), but then add to its margin after that.”

“Today, we converge managed print, advance capture and intelligent workflow.  This is the beginning.  My vision is to include a network probe and real-time ITIL resource mapping, moving into adjacent industries like HVAC, power management, ultimately managing IoT assets,” added Walters.

For now, ArcDrive partners are ramping up the sales and marketing programs to take to the dealer community. Expectations are high.

Roderick summarizes “I think this is the thing we’ve been waiting for. The dealers we’ve talked to think it’s really slick and exactly what they’ve told us they’ve wanted for years.” 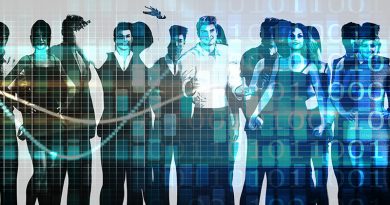 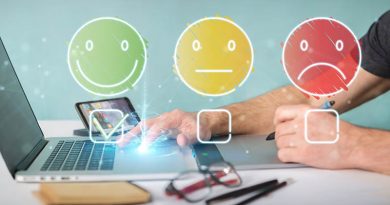