We just witnessed one of the most momentous days in the history of the printing and imaging industry – September 12, 2016, the day HP announced it was buying Samsung’s printer division, and, that it was once again launching a new offensive whose target was to disrupt and capture share in what HP calls the “$55B Copier Market.” The reverberations from the September 12 announcements will ripple through our industry at every level for the next five years at least, and provides tons of food for thought. Here are a few servings (with many more to come).

Many in the industry have long watched the increasingly apparent and inevitable competitive clash between HP and Canon over capturing as many of the declining pages available in the office printing category. For years, the two companies, leaders and very successful partners in laser print technology for over three decades, have launched increasingly more products and marketing efforts that directly target sectors in the other’s backyard, all the while proclaiming that such moves would not affect their joined-at-the-hip OEM relationship – even when HP launched several series of “copier” products sourced from the likes of Sharp and Konica Minolta. If HP had only announced that it was, once again, targeting the copier market with a new series of products bought from another OEM, tongues would wag about the obvious conflict with Canon, but the OEM LaserJet relationship would continue largely unaffected. HP buying Samsung’s Printer Division and bringing laser technology and manufacturing capability in-house though … well, that is an obvious inflection or tipping point. There is no going back. While the two firms have made friendly, supportive, and necessary public statements about the warmth of their continuing and future relationship – it’s over. Sooner or later. Done.These names should sound familiar: Ricoh Aficio, Toshiba e-Studio, Konica-Minolta BizHub, Xerox WorkCentre, Canon imageRUNNER … the brands that the established copier OEMs are using to market their lines, and most have used for a long time. The brands that HP will use in its new A3/copier lines are “LaserJet” and “PageWide.” I bet there was a big internal argument at HP about whether to anoint the new A3/copier line with a distinctive new brand name to differentiate it from the company’s non-copier (non-BTA channel) models. Both camps could have made effective arguments – for or against. For the existing copier firms, this hasn’t been an important issue since most of them have not had a major, standalone, printer-only market presence or brand beyond the copier universe. Could one alternative have been “Mopier”? (Certainly not Edgeline!)

I ask the question because marketing history tells us that sometimes being known too well as a brand for one product category can make migrating or leveraging that brand into an associated or connected category a steep uphill battle – in terms of re-programming/re-positioning embedded user/customer/buyer perceptions of what that ubiquitous brand stands for. So what is an HP A3 copier? Is it a LaserJet or a PageWide? LaserJet is a printer brand worldwide. All of us have seen the term LaserJet used to refer to other printer brands or supplies – just the way Kleenex or Xerox have been misused.

What may matter, or tip the scales in this case, is how end users or buyers think of copiers versus printers, (or how are the brands positioned). While we in the industry are well versed on the semantic differences between terms such as printer, copier, multifunction, single-function, etc., my guess is most office workers (and senior facilities or finance managers – who are often the decision-makers for copiers vs. other decision influencers for printers) think of Ricoh, Toshiba, Konica Minolta, Xerox, and Canon brands and machines as “copiers” and HP and LaserJet as “printers.” Certainly the IT crowd will be comfortable choosing the HP LaserJet brand for such products, and where they are a key decision influencer, HP has made a reasonable positioning decision. HP has spent over 30 years establishing LaserJet as the preeminent printer brand, and been eminently successful doing it. Now, LaserJet is going to mean something else.

Car companies have learned over the years that successfully transforming a Corolla (or Civic, or Focus) into an SUV from a positioning standpoint required renaming and repositioning into a RAV-4, CR-V, or Escape, while brand extensions such as the Honda Accord Crosstour, even utilizing a tremendously famous brand name as the base, failed miserably. Hey, an SUV is just like a car except it is bigger, etc., isn’t it? And printer is just like an MFP except …

Our Two Cents: the decision to use LaserJet and PageWide won’t work for HP, particularly in the mid-market segment they have recently touted so highly as a focus of their marketing efforts. Most of those mid-market companies, by HP’s own admission, have small and relatively less powerful IT staffs who are busy with a multitude of more pressing IT issues and will likely defer “copier” buying decisions to facilities or finance management. The weaker IT’s influence in the buying decision process, the less likely HP is to win that brand choice battle.

HP brazenly described its A3/copier launch as “disruptive” to the copier market – strong language from a firm with less than 5 percent share of that business by their own estimates. As an attention-getting tactic, employing the term “disruptive” to a new product line launch could be viewed as assumptive or even hyperbole, not characterizations one would normally associate with HP’s printer marketing history. “Disruptive” is defined in the dictionary as “relating to or noting a new product, service, or idea that radically changes an industry or business strategy, especially by creating a new market and disrupting an existing one.”

In our view, HP’s combined launch and acquisition is very significant and has the potential to cause a major market shift, if everything goes well for HP, and any large shift will be glacier-like in its development: this is not a category that is prone to – or will – undergo swift and dramatic shifts in its makeup. It would be fair to characterize this market as both mature and stratified – big swings don’t happen here, only incremental evolution. Using the definition from the dictionary then:

Considering the points we have examined, HP’s characterization of its combined launch and acquisition as “disruptive” is a stretch. Should the existing copier OEMs and dealer channel be concerned with this latest HP move? Yes, of course – it is HP, the company with the most resources, leading-edge technology in several feature areas, and the ability to commandeer press and market attention far beyond that of any of the existing players. Should they be looking for windows to jump out of or quaking in their boots about the prospect having to compete against HP for a copier sale? Unless HP has a number of other cards it intends to play that we haven’t seen yet … No.

Read HP’s press releases on its A3 portfolio and updated Partner First Program, and our analysis of its previously launched JetAdvantage App Portal for Print. 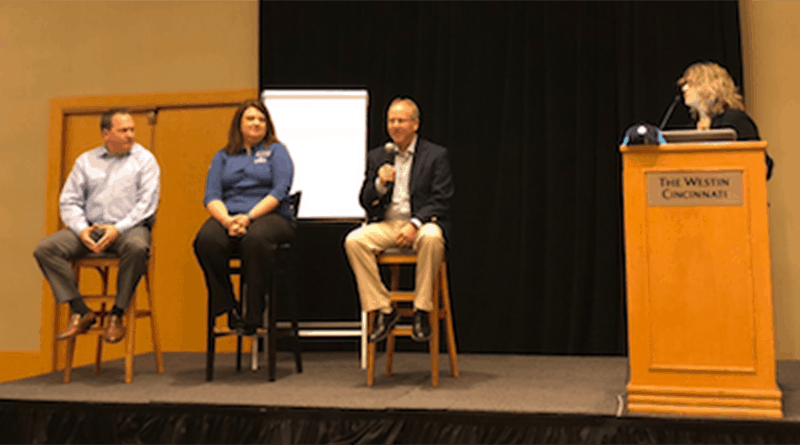 Canon’s Latest uniFLOW Software: Yet Another Sign of a Digital Future?