If it’s true that enthusiasm is contagious, then we were all infected at this week’s Xerox launch event in New York. Billed as the largest product launch in its 110-year history, Xerox launched 29 new A3 and A4 devices — and yet, the hardware is not entirely the point of this launch. It was more about user experience, connectivity and a new way to look at the future of work.

Let’s begin at the beginning. In Astoria, Queens, in 1938, Chester Carlson produced the world’s first copy. … OK, not that far back at the beginning, but of course being at a Xerox event in Manhattan required an acknowledgement of that historic event 79 years ago and just over the bridge. But the event really had more to do with the company’s more recent history ­— its January 2017 split into two companies, driven in part by less-than-stellar financial performance.

CEO Jeff Jacobson shared his thoughts on that, among other things in his opening address. “The overall document technology industry has seen a decline in revenue. We’ve mirrored that decline,” he noted candidly. “We plan to reverse our revenue trajectory and ultimately outperform the market.” Jacobson went on to outline Xerox’s planned approach to do just that, improving its own internal processes. “We participate in an $85 billion market,” he said, noting 60 percent of Xerox’s revenues were in mature markets, and while they plan to maintain leadership there, they also plan to pivot and generate at least 50 percent of revenues in growth markets by 2020. Xerox has chosen four growth areas to pursue: production color, including inkjet and packaging; managed document services; the A4 laser MFP entry space; and leveraging channel partners to truly penetrate the SMB market.

This all led into the big product announcement: 12 A4 and 17 A3 devices, both color and monochrome, single and multifunction, and with speeds up to 90 pages per minute. They are all equipped with Xerox’s ConnectKey system, which it first rolled out in 2013. “Fleet coherency” is the phrase used to explain the real punch behind the launch — all the devices, A3 and A4 alike, run on the same system, with a similar interface, features and functionality to boost sales and service margins. So there we have the crux of the announcement — a major hardware launch (and, incidentally, a rebranding) that isn’t necessarily the headline news. Those 29 devices are what used to be branded as WorkCentres and Phasers; they’re now VersaLink (for smaller environments) and AltaLink (for larger numbers of users per machine). Xerox has done a bit of a stealth rollout of some of these devices over the last month or so — when we got a look at the Healthcare MFP at last month’s HIMSS show, for instance, we noticed the VersaLink branding on the device. Where Xerox is really placing its focus, however, is not necessarily either VersaLink or AltaLink, but on the ConnectKey fleet of which they are a part. “We realized very clearly that in order to maintain our market leadership and grow share, it’s not enough to deliver great products,” Jacobson said. “People are expecting the experience they have in their personal lives to cross over into the workplace.” With that in mind, we now have the same smartphone-like interface, ranging in size from five to 10 inches, on every one of these devices, down to the single-function monochrome printer. Xerox says this is because consumers want everything to work like a smartphone. I can’t speak for everyone, but I wholeheartedly agree. I’d like to swipe around on everything in my life – if I could tap an app on my oven, I might even cook. Not everyone feels this way, of course, so you’ll hear some dissension around the concept, and I’ll simply speak for myself on this point.

What Xerox is doing here is providing a nice, clean, unified access point to something we’ve been talking about a lot lately — in fact, it was one of our top hardware trends of 2017. It’s the smart MFP, and it’s a recognition of the idea that the networked MFP is basically the access point to the information highway in today’s office. Because of that level of access, when we discuss hardware trends we feel it’s important to place “smart” and “secure” hand in hand, so it’s worth noting that Xerox is doing the same. Tracey Koziol, Senior VP, Workplace Solutions Business Group, was emphatic in her overview of Xerox’s focus on security. With a multilayered approach covering intrusion protection, device detection and document protection, as well as external partnerships with industry leaders like McAfee, Xerox is dedicated to keeping the information highway protected.

Not everything we saw was necessarily brand-new — a lot of the presentations and displays revisited items from last year’s analyst office technology event.  That’s not a negative — it’s great that Xerox has made headway and was able to show growth on a lot of its innovations. Its App Gallery, for instance which rolled out last year with 10 apps, now has 42 available. Foxway, a Sweden-based software developer, was the first Xerox personalized application builder (PAB) authorized developer; its CEO Stefan Nilsson demonstrated several apps last year and returned this year to discuss his firm’s success and expansion.

The “new” was definitely on display this year as well, however; Vision-e, for instance, demonstrated its Alexa app integration. Walk up to an integrated device and ask it to make 500 double-sided copies or tell you how much black toner is left and Alexa will give you an answer — popular, said Vision-e’s Donna Davis, in classrooms, for instance.

So what’s revolutionary about this big release? Nothing and everything. Is it earth-shattering or life altering? Well, it’s providing simple, streamlined access with an easy learning curve, and in a way that IS life altering. Learning four steps to scan to email, and being able to do it on every device? It sounds great — particularly in a workplace fully utilizing a Xerox suite of products, which of course is the ideal, if not necessarily the reality.

When Xerox announced its split in 2015, there was an idea that what is now the Conduent side would be the “technology” company and Xerox would go back to being the “old” Xerox — the Chester-Carlson-in-his-Queens-apartment Xerox. That, of course, is not true, and Xerox, in making this major announcement centered around mobility, cloud, innovation, connectivity and apps, all of which happen to be attached to hardware, seems intent on impressing that point.  It’s a fair point, and Xerox leadership is, as mentioned earlier, pretty enthusiastic about it. Let me close on that point, in fact, because while I could go on for another 1,000 words and cover everything that we saw and heard and learned about over the course of the day, I think the bottom line is that Xerox is making a solid play here. They’re not changing the game, necessarily, but they’re definitely recreating some of the playing pieces, and that in itself is worthy of the announcement. 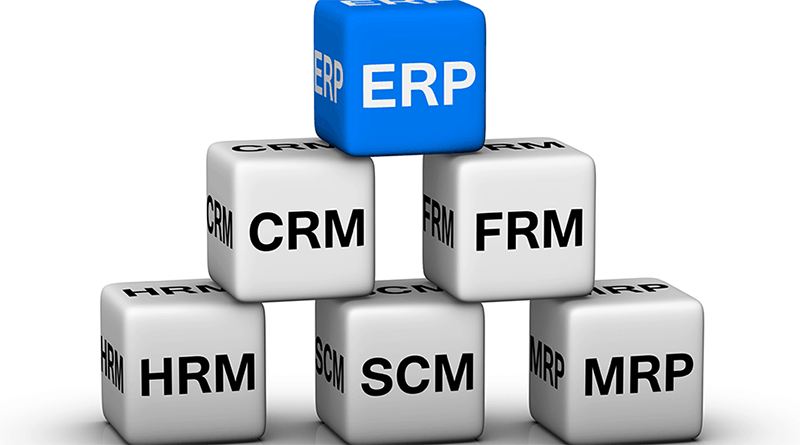 A Simple Guide to RMM, PSA, ERP and More

February 26, 2020
Do NOT follow this link or you will be banned from the site!
This site uses cookies. By continuing to browse this BPO Media site (and/or any other BPO Media website), you accept the use of cookies.Ok