As we rumble along in the second half of 2010, hardware manufacturers remain upbeat about the market, especially OEMs in the United States. Hewlett-Packard, Lexmark and Xerox have all indicated that the worst of the recession is behind us. They are now painting rosy pictures of the future, and they’ve got some solid financial results to support their claims. To be sure, demand has grown since last year, and business is much better in 2010 compared to 2009. But that’s not saying much, and there is ample evidence that we should remain skeptical about the market.

Recent vendor reports make it clear that we’ve turned a corner. Some of the news for the first half of the year has been impressive. HP, for example, indicated in August that its LaserJet business is roaring back to life. Between May and July, shipments of color LaserJets jumped 41 percent compared to the same period last year, and shipments of printer-based MFP units were up 47 percent. Likewise, Xerox reported a very strong second quarter fueled by growth in its A4 desktop business, as well as strong sales in other segments. The quarter was so good that Xerox raised its guidance for the year. Characterizing his firm’s performance as “significantly better than expected,” Lexmark CEO Paul Curlander reported that hardware and supplies revenue in the second quarter of this year enjoyed double-digit revenue growth compared to the same period last year.

Investors remain skeptical about the industry, despite all the good news. The failure of the U.S. economy to generate jobs is one reason for investor concern. Printing and copying are driven primarily by white-collar workers, and many of them remain out of work. There are plenty of signs that overall office printing is down. While most OEMs have seen supplies shipments and revenue climb in 2010, both figures remain lower than where they were in 2007 and early 2008. Data also shows that office paper demand has wilted. The research firm RISI follows paper markets and reckons demand for paper dropped to a 24-year low during the recession. Although it has improved, like the demand for digital consumables, paper demand has not yet returned to pre-recession levels. To see real growth in printing and copying, people must return to work.

Earlier this year, the economy looked as if it had stopped shedding jobs and many expected the employment picture would improve during the second half of 2010. According to the Manpower Employment Outlook Survey, a poll of some 61,000 employers around the world, U.S. firms said in the beginning of the year that the job situation had stabilized and had grown markedly stronger than in 2009. Investors were buoyed by a brighter economic outlook, and money began to flow into tech stocks in anticipation of a strong second half of the year. As we moved into April, HP, Lexmark and Xerox shares were all approaching their 52-week highs. The trend in OEM share prices, however, then turned south as confidence in a strong economic recovery waned, and fears of a so-called double-dip recession began to grow.

It’s now looking less likely that the economy will improve enough to spark any meaningful job growth this year, which is why OEM share prices—along with many other stocks—are down despite good quarterly results. The ailing job market has been stubborn. According to the U.S. Department of Labor, unemployment has been at or above 9.5 percent for the past 12 months, despite the fact that most economists say the recession ended last summer. Regrettably, it doesn’t look like the employment situation will change much, as the U.S. economy continues to sputter and experts see only anemic growth in 2010. The Economist magazine currently projects the U.S. gross national product will grow by 3 percent this year, but others say that growth will be even more sluggish and not manage to reach 2 percent. While any growth is better than a decline in GDP, even at 3 percent it will take years to replace the millions of jobs lost since the recession began in 2008. With stagnant job creation in the U.S., it’s not likely that workers will be returning to the office any time soon.

Of course, there are other factors behind all the investor jitters. Just as HP and its rivals’ stock prices began to dip back in the spring, HP shares came under further pressure as investors spent late April and early May fretting over what impact the Palm acquisition would have on the company. Share prices never recovered. In August, stocks traded sharply lower after CEO Mark Hurd resigned abruptly and the firm entered into a bidding war with its rival Dell over the acquisition of 3PAR, a storage technology firm. The Wall Street Journal estimates that HP gave back $9 billion of its market value after word reached investors that Mr. Hurd had resigned, and in the weeks that followed HP’s market cap continued to evaporate. The company’s strong third quarter did little to allay Wall Street’s concerns, and share prices were just pennies above a new 52-week low as we went to press.

Investor angst is not limited to HP. Xerox’s stocks suffered after the company announced it was acquiring Affiliated Computer Services last fall. Over the next couple of quarters, however, Xerox managed to shore up investor confidence as products like its ColorQube solid ink machines proved to be popular, and the firm’s financial performance improved. Following declines in the spring, Xerox stocks got a shot in the arm after the company reported its second quarter results for the present year on July 22. By early August, share prices were flirting with the $10 mark, which is not bad for Xerox stocks. Unfortunately, by the middle of August, those gains had been erased and share prices were trending downward—along with the rest of the market.

Lexmark stocks have shown more resilience than the other U.S.-based OEMs over the past 12 months. After growing throughout the second half of 2009, Lexmark share prices soared over 20 percent in February, in the days following the release of its financials for the past fiscal year. Although share prices did come off their highs for the year last spring, they managed to trade at almost double the levels they were in the fall of 2009. Lexmark also proved they were better able to retain the gains they received after reporting a strong second quarter on July 27. I should note, however, that like so many stocks, Lexmark share prices were feeling downward pressures and were trading lower by late August.

Looking beyond their near-term concerns, investors wonder what the future ultimately holds for hard copy. Before completely tanking when the recession set in, demand for printed materials had declined steadily for the past ten years. Many—including me—doubt that the consumption of office papers and the sales of hardware and consumables will ever get back to pre-recession levels. While the news from various vendors has been better this year compared to last, sales remain significantly lower than they were in late 2007 and early 2008, and this is true for shipments of office papers as well. Last year, RISI forecasted that demand for paper in North America will drop 18 percent over the next 15 years.

Things will get better, but digital printing in the office has seen its high-water mark. Even when the economy settles down and people return to work, the programs that so many companies initiated to reduce printing costs will remain. Although we have not heard much about the environmental impact of printing lately, the push for a “greener” office will also resume as soon as the economy recovers. And the continued success of managed print services will further limit the amount we print.

I’m not saying this is the dawning of the age of the paperless office: there will always be a need for hard copy in the office. But don’t let all the good OEM news fool you. 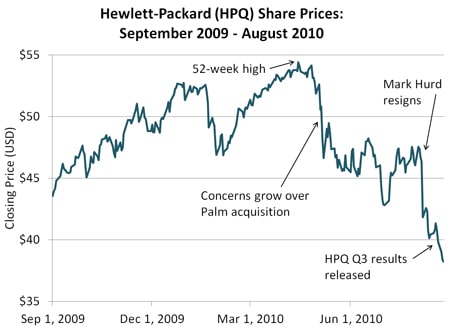 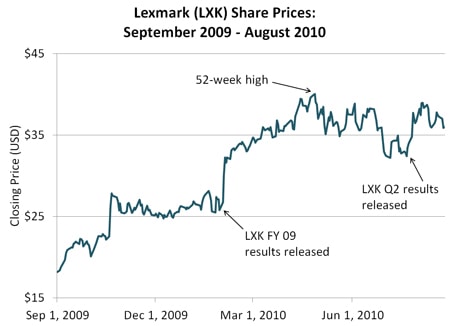 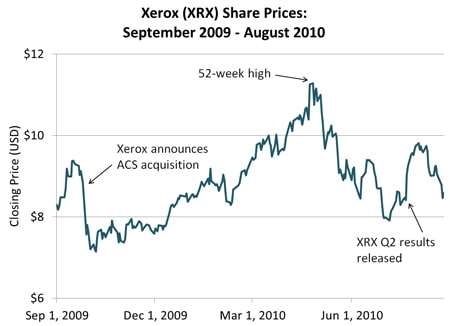