Fast and furious pretty much describes the pace of both organic growth and acquisition happening at Konica Minolta. In an industry where the word “growth” is heard less and less frequently, Konica Minolta’s Blueprint for the Future event was a refreshing change.

What is Konica Minolta doing right? Apparently a lot. With global growth last year at 55 percent in MPS and 41 percent in enterprise accounts, this blue giant in the office space is blazing all kinds of trails. 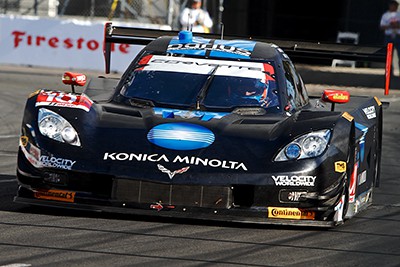 Rick Taylor, president and COO, has been at Konica Minolta for six years and his track record has been impressive. He’s overseen an increase in sales of roughly $800 million in the U.S. in this time. He’s also built a team of highly skilled executives around him, including event presenters Sam Errigo, Todd Croteau of All Covered, Kay Du Fernandez and Dino Pagliarello. Yes, it appears that acquiring a hard-to-pronounce name may be an excellent career move at Konica Minolta.

Risk taking is a necessary element of aggressive growth and this executive team has been making large bets in the industry. Some of those risks are paying off substantially by the looks of the corporate financial results. Konica Minolta is in an “acquiring mood” according to Taylor, so it appears the calculated positioning will continue. Not all the maneuvers will succeed, but the ones that do will keep Konica Minolta well-positioned in the race.

Konica Minolta’s Blueprint for the Future includes extensive engagement with universities and early technology incubators to develop technologies for the next generations. There is a firm belief within the organization that investing aggressively and being out in front on innovative applications in the imaging industry now will lead to big gains later. As Taylor said, what is being developed today is going to change the way we work.

Corporate citizenship and environmental sustainability are also investments in the future, and Konica Minolta is doing its part to give back to the community. It’s hard to go wrong with promoting literacy and reducing energy and waste. No risk with these wagers.

There is a big corporate transformation going on at Konica Minolta right now. Concerted, long-term planning is being mapped out to move closer to the customer. Clearly, the typical client “touch” in this channel has been rather limited, and the converging worlds of today are requiring those who want to remain in front to alter their methodology. Konica is focusing on the customer experience – transforming from an expert on their products to an expert on their clients. This is a major corporate shift and I would venture to guess that the speed of transition might not be as gratifying as their speed in revenue growth. It’s a people business – pace is hard to manage when the human element is introduced. In a way, speed in technology can be easier to accomplish despite the astonishing feats of engineering that are required.

I heard the word “driver” a lot at the event. It ties in with the race car analogy, but more importantly, it’s an indication of Konica Minolta’s focus. They want to actively “steer” (sorry!) the business in directions they believe will be sustained in the long term.

As expected, Senior Vice President of Business Intelligence Services Sam Errigo’s presentation was tightly focused and strategic. Konica Minolta will continue to bring in value-added services solutions that are integrated under a single architecture. They believe this is going to be the real value proposition for them. Good solid business process — the combination of measures, metrics and reporting — coupled with execution will be their go-forward strategy.

Speed ricocheted right back to the forefront when Todd Croteau from Konica Minolta’s All Covered services company presented.  He mentioned that he’s now been a part of Konica Minolta for 3.5 years, but it felt like only six months because of the breakneck pace this division is moving in. They’ve acquired 14 companies, and gone from 300 employees doing $50 million to now close to $200 million dollars this past year.

Cloud is a major driver of growth for All Covered. Croteau talked about the client need for flexibility, which he described as a combination of scalability and agility combined with cost-down market pressure. This ecosystem has lead to a lot of movement and acceleration in the market – Konica Minolta has made large investments in its cloud service to ensure world-class facilities and offerings. It’s hard to grasp what a substantial investment All Covered must have been in 2010 because it now feels like such an easy and natural fit that tracks tightly with the market futures.

Of course the star of the day was the new C1100 series of color production print products launched live at the event. The C1100 is a blazing fast machine with up to 100 impressions a minute – that’s 6,000 per hour! The printer manages these speeds even on heavier substrates, providing an advantageous separation from the competition.

Dino Pagliarello, director of product marketing, briefly introduced the equipment before bringing up an early adoption customer panel to illustrate the immediate impact on efficiency and workflow these new products have had in real shop environments. A good example came from Mike Kaufman, the President of New Jersey-based Cox Printers. Kaufman was asked by Pagliarello to discuss how Cox Printers’ long relationship with Konica Minolta impacted their ability to satisfy their customers’ expectations. Kaufman mentioned that those expectations are like a triangle — customers want it fast, they want it cheap and they want it perfect. In the past, Kaufman asked his customers to pick two of those options, but  now with the amazing color resolution and speed of the C1100,  Cox can offer all three.

Konica Minolta is racing to win.

Patricia Ames has over a decade of experience in publishing. She is president and editor at large of BPO Media, which publishes The Imaging Channel and Workflow magazines. Ames has lived and worked in the United States, Southeast Asia and Europe and enjoys being a part of a global industry and community. Follow her on Twitter @OTGPublisher or contact her by email at patricia@BPOMedia.com

Best Practices for MSPs in 2015

June 4, 2020
Do NOT follow this link or you will be banned from the site!
This site uses cookies. By continuing to browse this BPO Media site (and/or any other BPO Media website), you accept the use of cookies.Ok